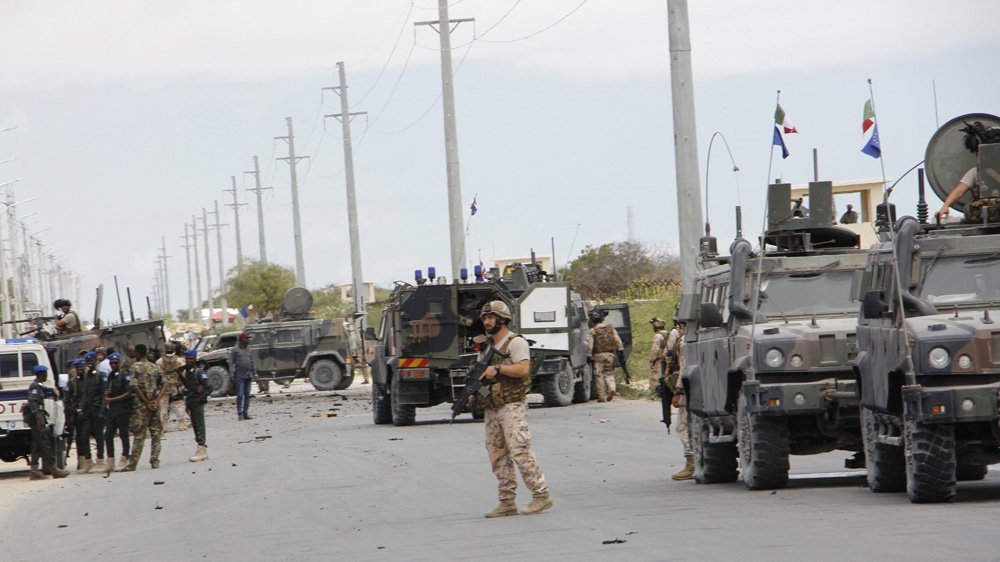 Djibouti (HAN) December 11, 2019. Public Safety and International Security. Al-Shabab militants ambushed the hotel in SYL, near the Somali presidential palace in Mogadishu. The Al-Shabaab foot soldiers’ new style attack appears to be a new tactical shift by the terror group to attack villa Somalia’s green zone. The terror group use to a car bombs at heavily fortified targets to blow openings for foot gunmen to enter inside the compounds. This assault was carried out completely by gunmen on foot, (lack of NISA intelligence and leadership) a new style which is a new danger and threat to the Government officials, Foreign Embassies, Airports and also AMISOM bases across all the its sectors.

According to Geeska Afrika Online security reporter in Mogadishu, “the red beret forces shot dead five attackers and took full control of the SYL Hotel,” close to the heavily fortified government complex, inside the green zone of Mogadishu’s Villa Somalia.

The red beret is a military beret worn by the Somali Presidential military police, paramilitary, commando and Prime ministers protection forces in Mogadishu.

The car bombings, new tactics, assassinations and killings underscore how Al-Shabaab and the National Somalia forces, the African Union Mission in Somalia (AMISOM), and various international forces trying to train and support Somalia army remain locked in a stalemate.