Home frontpage Five years on, S.Sudan is at a critical juncture…AGAIN 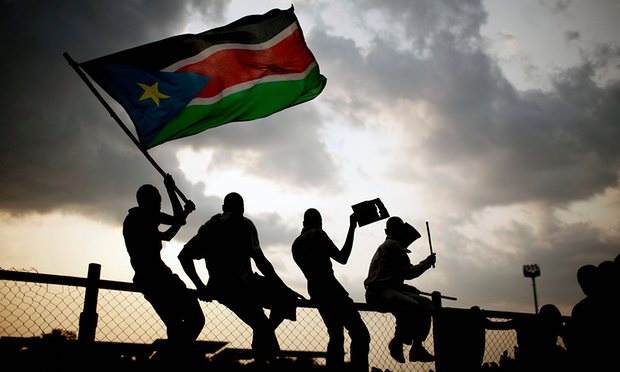 With its economy in dire straits, the rate at which the world’s youngest state is consuming itself is unsustainable. Change is imminent.

As South Sudan approaches the 5-year anniversary of its independence on 9 July, its economy is in desperate need of reform.

Foreign reserves are all but used up. Oil revenues have dwindled both in volume and price per barrel. More than two years of bloody civil war have emptied the government’s coffers, so much so that it cannot afford to celebrate the anniversary. The South Sudanese pound has depreciated ten-fold against the US dollar within 12 months. And foreign direct investment has come to a complete standstill, with South Sudan ranked 187 out of 189 on the World Bank’s ease of doing business index.

Furthermore, despite warnings from the International Monetary Fund that the government risks widening its budget shortfall to a quarter of GDP, it continues to vastly overspend in a desperate attempt to finance the Compromise Peace Agreement, the deal that ended the civil war and formed the basis for the establishment of the Transitional Government of National Unity in April.

Meanwhile, civil servant salaries have not been paid in months, including those of thejudiciary. And whatever rents the government can still create are immediately used to finance an already under-funded political marketplace.

Many of the dynamics that have led South Sudan to this point today were put in place at independence in 2011, when a range of new rules, regulations and institutions were introduced and efforts were made to reconstruct the state after decades of conflict.

However, as our recently published article ‘State and Tax Reform in South Sudan’ shows, the effect of these new policies and institutions was limited. Rather than bringing about the kind of profound change required to collect internal revenue, the main priority of the new state was to hold together a settlement in the political marketplace.

That’s to say, power structures which were in place previously largely continued in the newly-independent state. Different rival power factions were simply accommodated into one politico-military establishment through what was termed the “big tent” approach. Rents were allocated to secure loyalties, and while this provided a certain degree of stability, it also prevented any democratic or economic reform.

This was very visible in the area of taxation. For instance, one of the main problems in need of reform in 2011 was the issue of ‘multiple taxation’ levied on international border trade. At independence, South Sudan was in a situation whereby at the largest border crossing from Uganda, goods were subject to as many as 17 different taxes. This over-complicated system was considered one of the main deterrents to international trade, and between 2005 and 2012, donors worked with central, state and county government taxation departments in an attempt to change this.

Yet despite the desperate need for reform, very little headway was made because the prevailing taxation practices were crucial to holding local and national political settlements in place.

However, this does not mean that reform has been totally impossible. As recent history in South Sudan has shown, moments of crisis can also give rise to unexpected changes, some of which can be positive.

For example, when the government unilaterally decided to stop oil production in 2012, the ensuing crisis provided an ‘open moment’ for possible change. Following the government’s remarkable decision, which effectively lost it 98% of its revenues, the harmonisation of border taxes to generate revenue became a top priority. Sure enough, the taxation system was hastily reformed and the Customs Service’s revenuesincreased by 1,100% within months. In other words, strong economic austerity – the cessation of oil production – forced South Sudan into an effective reform of border taxation.

Currently, South Sudan is at a similar crisis moment. As Alex de Waal points out, South Sudan’s political settlement does not possess nearly enough resources to fund itself. And as in the aftermath of the 2012 oil shutdown, the informal institutional arrangements of rent allocation that once secured a rudimentary stability are increasingly unviable as government revenues continue to dwindle.

This could be another moment for positive reform of the country’s taxation system. However, one crucial difference between 2012 and today is that the country now consists of 28 states instead of ten. Whereas the 2012 oil shutdown initially boosted efforts to centralise revenue control and tackle multiple taxation, the 2015 decree that carved the country into 28 states effectuated the opposite.

By creating more positions, more administrative boundaries, and more state revenue authorities – all in an attempt to appease local elites – the decree reversed any progress made on harmonising South Sudan’s regulatory framework for trade. As before, positive change was overruled by the existing political settlement.

This does not mean that progress is not possible again. If one thing is clear, it is that many of the underlying factors that long inhibited economic reform are currently in flux. And the rate at which the world’s youngest state is currently “consuming itself” is unsustainable.

Five years on from independence, drastic change is once again imminent one way or the other – the question is of how that change will affect the way rules and regulations are enacted in practice, and whether or not these will prove to be in the interests of South Sudan’s broader population.

Rens Twijnstra is a PhD graduate from the Department of Humanitarian Aid and Reconstruction (HAR) at Wageningen University in The Netherlands, and currently works as Lead Methodologist for Forcier Consulting, a South Sudan-based research and consulting firm.

Kristof Titeca is a lecturer at the Institute of Development Policy and Management at the University of Antwerp. You can follow him on twitter at @KristofTiteca