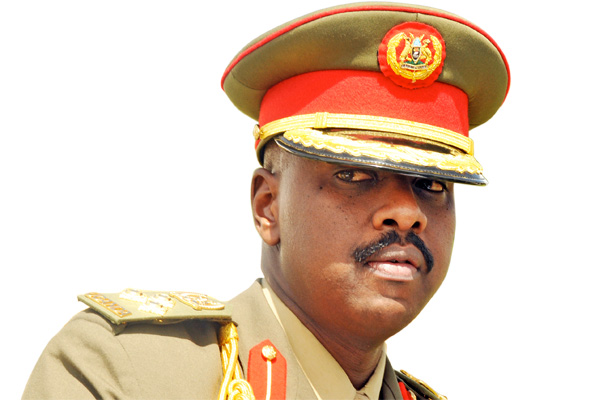 He is one of more than 700 army officers who were promoted earlier this month. As individuals, the others have hardly been discussed in media, their elevations bring as unremarkable as possibly their very careers.

In Africa, it is never easy being the son of a sitting president. You simply cannot be left alone to get on with your life, however quietly you may prefer to lead it.

It gets worse where the public get to feel, rightly or wrongly, that whatever you do for a living, whether you do it with distinction or leave very little if anything by way of a mark, is only because you happen to be your father’s offspring. The subtext here is that were not your father where he is, you too would not be where you are.

That said, both Museveni and Kainerugaba are directly responsible for the rumours and allegations that have dogged the young man’s military career since he joined the army in the 1990s.

First, his entry itself was unorthodox. Even after it had become clear that he was already in, his father, on being taken to task by a parliamentarian to explain how this had happened, chose to dissemble.

He claimed that his son was no soldier, but merely a member of a militia locally known as LDUs (local defence units) that, in its early days, the government had established to prevent and fight crime within communities.

Thereafter, it became clear that the public had been fed a falsehood. To this day, those who take things of this kind seriously still puzzle at the sneaky way the whole thing happened.

And then the young man went on to rise through the ranks at a speed that, to put it mildly, has dazzled observers – many of whom, it has to be said, know nothing of substance about his service record, let alone personal qualities.

The rumour mill, though, continues to grind furiously, and in recent years has extended to whether Ugandans are not witnessing the preparation of their next president, the theory being that his father is staying put until the young man is ready to take over, at which point he will hand over to him and step down.

In terms of the theory’s neatness, and given the “smart” way in which the young man found himself in the military and eventually at the top of arguably the most elite of its elite units, few want to question it or tolerate anyone who tries to do so.

At his official decoration ceremony, in one of the very few public interactions with media, Major-General Kainerugaba, sought to assure the public that the claims have no basis in fact, as, he said, he plans to remain in the army “for some time.”

President Museveni has also made it clear that Uganda is not a monarchy and that he has no intention of treating it as such by handing power to his son. The question is who really believes them.

Be that as it may, however, there are significant barriers in the way of such a handover happening, at least in the way imagined by those who are convinced it is where Uganda is headed.

First, Kainerugaba would have to leave the military seek the leadership of his father’s political party, which he would have to do through an election, likely against a sizeable crop of ambitious young Turks convinced of their own suitability for the presidency.

He would then have to run for presidential elections, likely against more seasoned politicians with years of experience of running against his father and, as is now clear, giving him a good run for his money.

There is no guarantee that, even as his father’s son, Kainerugaba would successfully negotiate these hurdles. This, however, is possibly the view of a naive optimist.

A more realistic assessment of his chances has to take a key aspect of how politics in Uganda is organised into consideration. That aspect is elections.

An easy ride to the party presidency is hardly farfetched given what is now known about the quality if its internal elections and the success with which the top leadership engineers the results it wants.

With the party presidency in the bag, what would be there to stop him winning a presidential election given what is known about all the advantages the National Resistance Movement enjoys and the methods it uses to rally its faithful and incapacitate or demobilise its opponents?

Many may recoil at the very idea that he could one day be their president. And he may have no political ambitions right now. Neither, however, tells us anything about what will happen eventually.