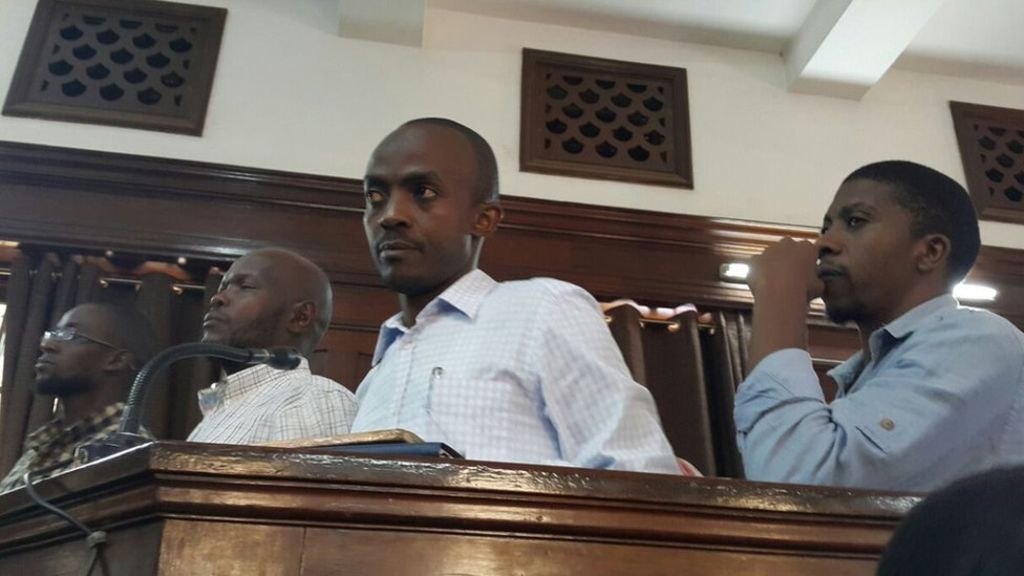 At last week’s trial, seven men were jailed for between 50 years and life for killing 76 people and wounding others watching the World Cup final on TV screens in July 2010, an attack claimed by Somali Islamist militants al Shabaab.

The three Kenyans and two Ugandans who were cleared were not released after the trial and have now been “charged over fresh allegations of terrorism and related conspiracies” committed while in custody, the police said in a statement.

The new charges allege that the men, while awaiting trial over the 2010 bombings, “created documents and materials connected with preparations to facilitate, assist or engage co-conspirators to undertake terrorist acts,” police said.

Nicholas Opio, a human rights lawyer and frequent television commentator in Kampala, said he doubted the credibility of the new charges.