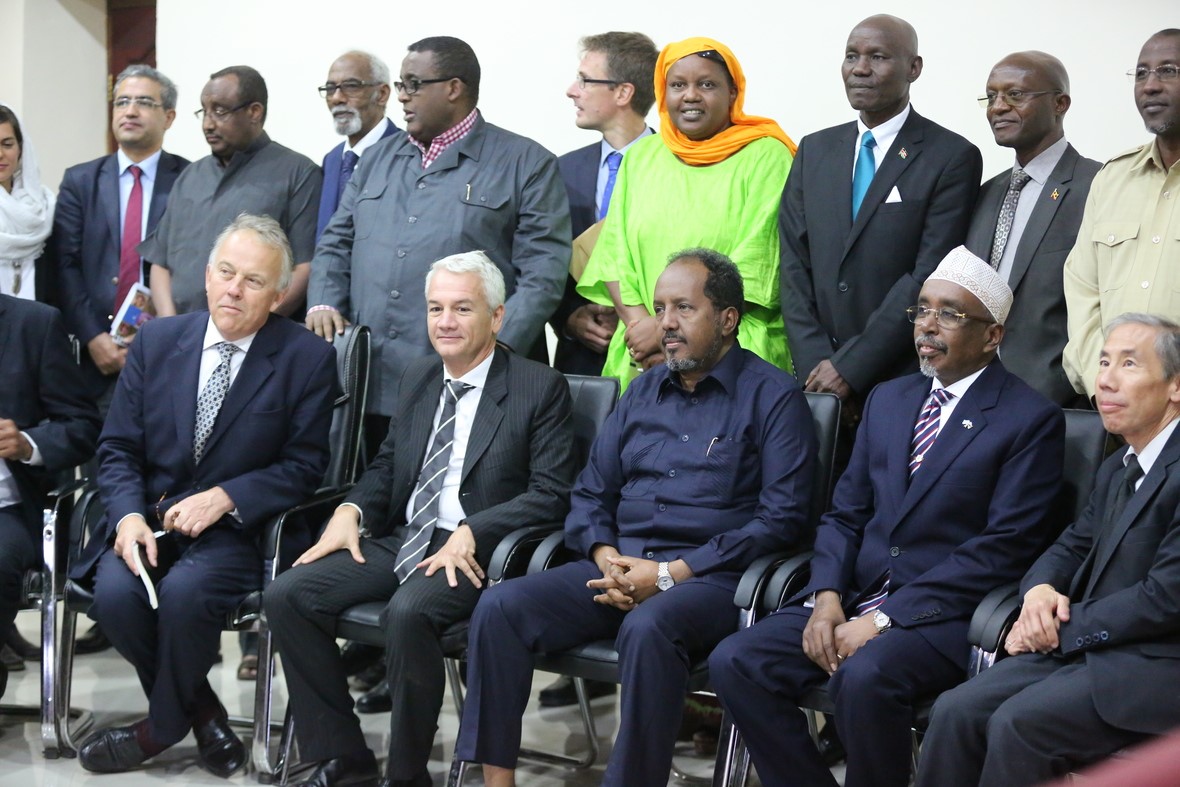 MOGADISHU (HAN) June 24.2016. Public Diplomacy & Regional Security News. President of the Federal Republic of Somalia, HE Hassan Sheikh Mohamud and the heads of the Federal Government Leaders Forum and the State has met with forces on the second day of the event taking place.
The issues discussed include the 2016 electoral process, electoral commissions, electoral funding and logistics, 30% quota for women who receive national councils, safety and other necessary election.
President of the speaker, the meeting said that everything is going smoothly, and officials strongly about anything that may facilitate the country’s historic elections in August.
“This option is critical to the construction of new Somalia. We are all committed to vote to take place on time ”, he said.
It is also the President noted that focusing on women to obtain 30% quota agreed to give councils the nation, with women encouraged them to work not’ve paid 14% of the seats currently in Parliament, 16 % of the rest of the campaign as they can.
The meeting also analyzed the investment facilitation and logistics selection and preparation of the plan and efficient security.
Ambassador Michael Keating, Special Representative of the United Nations High Commissioner for Somalia, on behalf of representatives of the international community to welcome the progress made by political leaders, he urged them to realize the dream of the legitimacy of the elections in the fall .
It was Mr Keating added that the international community will fully support election activities, and they are ready to work with Somali issues.
After the meeting, the President of the Federal Republic of Somalia, officials and representatives of the international community forum meeting with the committee quota for women’s representation in national assemblies to ensure they took their seats for women in local elections takes place in 2016.
The leaders in the meeting include the governor of the Federal Parliament, Mr Mohamed Ali, Prime Minister Omar Abdirashid Sharmarke, Deputy Prime Minister, Mr. Mohamed Omar Arte, regional government officials, while the representatives of the international community they were representative of the United States in Somalia, Donald Yamamoto, representatives of the African Union, Italy, Sweden, Kenya, Ethiopia, Uganda, Britain and others.