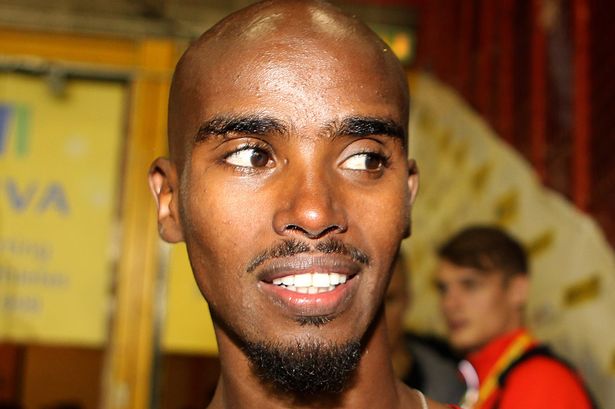 Britain’s Olympic and world champion Mo Farah has split with long-time coach Alberto Salazar because he wants to move back to London with his family, he said in an interview on Monday.

Distance great Farah, who moved to Portland, Oregon in 2011 to work with distance guru Salazar, said the decision had nothing to do with doping allegations surrounding the coach, which have been denied.

“I‘m not leaving the Nike Oregon Project and Alberto Salazar because of the doping allegations,” Farah, 34, was quoted as saying by The Sun newspaper’s website (www.thesun.co.uk).

“This situation has been going on for over two years, if I was going to leave because of that I would have done.”

In February, Salazar denied administering banned supplements to his athletes and issued a firm rebuttal of what he said were false allegations against him in a British newspaper.

The Sunday Times reported that American Salazar had used prohibited infusions of supplements to improve the performance of his runners, citing what the newspaper said was a leaked United States Anti-Doping Agency (USADA) report.

But Farah said in Monday’s interview: ”As I’ve always said, I am (a) firm believer in clean sport and I strongly believe that anyone who breaks the rules should be punished.

“If Alberto had crossed the line I would be out the door but USADA has not charged him with anything. If I had ever had any reason to doubt Alberto, I would not have stood by him all this time.”

He ended his track career this year to concentrate on road running and will now work with Gary Lough, who previously coached his own wife and women’s marathon world record holder, Britain’s Paula Radcliffe.

“I‘m leaving (Salazar and the U.S.) simply because my family and I are moving back to London,” said Farah, who won 10,000m gold and then a silver in the 5,000m at the World Athletics Championships in London, the final track race of his career.

“We all loved spending our summer here (London) and (wife) Tania and I realised how much we have missed spending time with our friends and family – and the kids are so happy here, too.”

“It’s been an honour and privilege to work with Mo and I wish him all the best as he moves to the marathon,” he said in an email to Reuters.

“I believe Gary is a great choice for him.”

After his stellar track career, Farah is looking forward to improving his marathon times starting with next year’s London Marathon in April, which he will be his third run in the event.

”I chose to work with Gary (Lough) over others because I’ve known him for a very long time – since I was sixteen – and we get on well.

”Gary successfully coached Paula Radcliffe – Britain’s greatest ever marathon runner who I’ve always looked up to since I was a kid – throughout her career and he has an in-depth understanding of what is needed to achieve real results at marathon distance.

Farah ran a relatively disappointing 2 hours, eight minutes and 21 seconds in his only completed marathon, in London in 2014.

“There’s a certain expectation on my shoulders but it really isn’t going to be easy to make the transition from track to marathon. It’s a very different discipline,” he said.

“I’ve had a great six years with Alberto, he’s helped me achieve my full potential on the track but now it’s time to move on.”