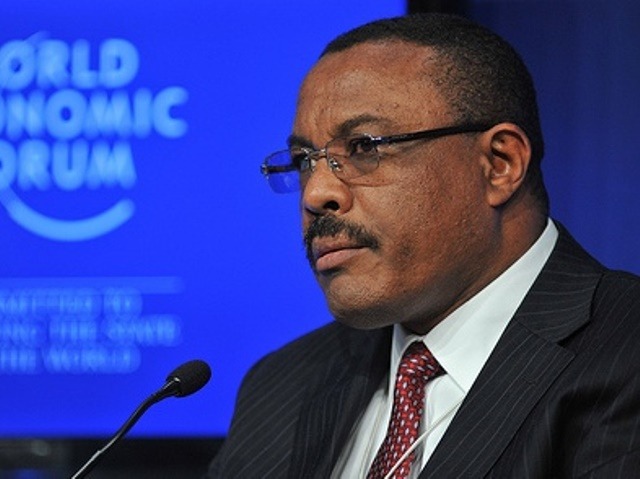 Djibouti (HAN) April 28, 2014 . IGAD2020 Weekly Regional economic update.  Prime Minister Hailemariam Desalegn declared that the targeted Gross Domestic Product (GDP) of the nation growth has dropped down to 9.7 percent in the last budget year, falling short of the government’s forecast, which was 11 percent.

In a nine-month report he presented to the House of Peoples’ Representatives (HPR) the PM told MPs that his government is still satisfied with the registered growth despite the shortcomings of the economy that was hit by a reduction of the export performance.

In comparison to sub-Saharan Africa’s average of 5.4 percent economic growth during the period, Hailemariam said the government is encouraged by the country’s sustained growth. The government’s projection for the current budget year stands at 11.3 percent.

During the past nine months of the current fiscal year, agricultural exports recorded a growth of 9 percent, the PM said.

The export was highly impacted by a decline in global coffee prices, long time leading foreign export item that accounts the highest share Hailemariam noted adding still that coffee exports showed a decline of 25 percent in the past nine months.

However, Hailemariam said other agricultural exports such as oilseeds, pulses, horticulture and fruits and vegetables showed a growth of 58 percent, 11 percent, seven percent and one percent, respectively.

Overall, the export sector grew by just above two percent during the last nine months – meeting 63 percent of the government’s projection for the period.

According to the PM, the export performance in the reported budget year, which failed short of the forecast was also affected by the fall in the price of gold, another major export item in the global market. The global price of gold dropped nearly 30 percent at the end of 2013.

“The year 2012-2013 saw the dropping of coffee and gold prices in the global market at a higher level. On the other side, the price surge of oil, which our country is fully importing, keep existing throughout the year. Looking at the overall growth we have so far achieved is satisfactory” the Prime Minister told legislators.

To counter the effect of global market, Hailemariam said the government would intensify follow up and support efforts in the remaining three months of the budget year.

The Prime Minister said efforts are underway to improve the quantity and quality of the export of coffee and gold to improve earnings.

According to the PM’s report, the manufacturing sector registered a growing amount to 11.4 percent during the past nine months with leather and leather products and textile and clothing achieving 12 and 14 percent growth, respectively.

Regarding regional security issues, the Prime Minister was also responding to MPs question on the existing development in relation to Eritrea and Egypt.

However, Hailemariam said that no progress was achieved for the effort that has been carried out solve the disputes with arch-foe Eritrea.

“There was an attempt to resolve issues with Eritrea thorough religious leaders and prominent figure from the two nations. However, it bears no fruit as the Eritrean regime is not ready for peaceful dialogues as it has been the same despite both Ethiopian and Eritrean people have the interest to restore the peaceful relationships among them.”

Going further with the growing the ever-souring relationship with Egypt, Hailemariam Desalegn called on Egypt to return to the tripartite dialogue with Ethiopia and Sudan to implement IPoE recommendations in the construction of the Grand Ethiopian Renaissance Dam (GERD).

“We are working to convince Egyptian authorities to avoid the unnecessary campaigns against the dam and return to the tripartite discussions with Ethiopia and Sudan,” Hailemariam told the parliament.

He further addressed that his government is prepared to respond to Egypt’s attempt to take the dispute over the GERD to the UN.  By Yonas Abiye