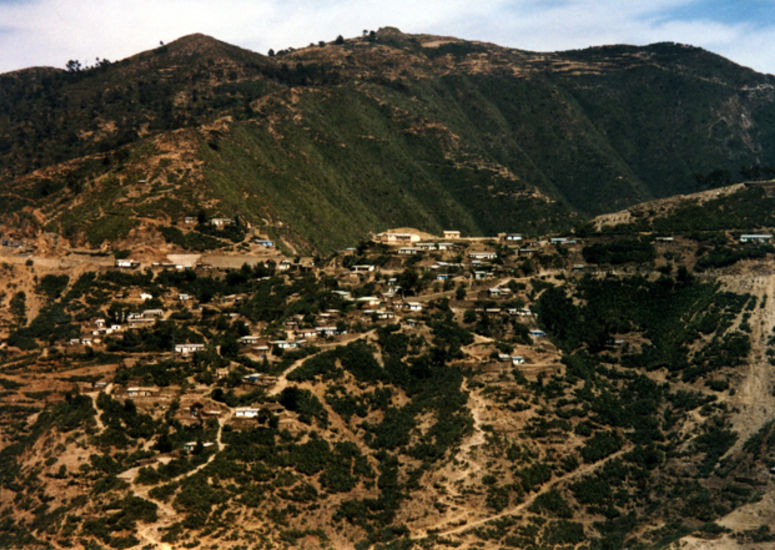 NAIROBI (HAN) August 9.2016. Public Diplomacy & Regional Security News. BY MERHATSIDK MEKONNEN ABAYNEH. Eritrea is rather a tiny nation in the Horn of Africa with a negligible profile and a total population not more than six million – although no country’s status should ever be pre-judged in terms of its territorial and population size from a legal and geo-political standpoint. Having said that, I am regularly amazed and even puzzled by the persistent claim of the Ethiopian authorities that every other problem within their country is either imported from or initiated by the Eritrean government and its cross-border infiltrators. In fact, we are making a government little noticed by the outside world gradually come to purportedly deserve due attention because of our successive allegations and ill-advised outcries.
Would it not be rather erroneous and embarrassing to consistently attribute each and every domestic trouble in Ethiopia to the alleged interference of external foes, with particular reference to the unspecified Eritrean saboteurs?
Admittedly, the two hostile nations have never been at a reliable or genuine peace, ever since Eritrea’s dismemberment from the former in 1993. Not long after the jubilant celebration of its political birthday, it went into a senseless and catastrophic border war from 1998 through 2000, which resulted in the tragic loss of thousands of troops and civilians from both sides. Technically, Ethiopia came out victorious in that dreadful war, although it has not benefited much, even by way of gaining a modest outlet to the sea.
To this date, there is no clearly demarcated and internationally recognised border between Ethiopia and Eritrea. Worse, the relations between them remains largely tense and characteristic of continuing hostility, with little hope to transform and tranquilise it under the current circumstances.
It is against such a critical and deplorable background that one routinely accuses the other of unduly interfering in its own internal affairs by irresponsibly arming and financing each other’s opposition and subversive elements moving about in the outlying border regions.
The most recent statement released by the Ethiopian Government in connection with the public demonstration in the north-western city of Gondar, which followed the arrest of members of the Wolkayit Committee by a joint Federal Police and Anti-Terrorism task force, is the latest indication of this ever-strained relationship.
According to the official statement read over the national radio and television on the evening of July 15, 2016, the rebellion was triggered by an organised attempt to apprehend one of the alleged perpetrators of a serious crime. It was claimed that this crime had involved attacks on both individuals and property on several occasions in various places adjoining the Tigray and Amhara Regional states. It was further alleged that such acts had been conducted under the hidden instruction of and collaboration with the Eritrean regime and its anti-peace agents at home.
The actual incident started following the arrest of four other members of the said committee, who were separately tracked down and taken away from their respective residences in the city one by one. This was allegedly done without the prior knowledge of the local police or security institutions.
When the fifth committee member, who happens to be a retired army colonel, was finally provoked with a similar action, he reportedly opened fire from within his clandestine siege against the authorities and resisted arrest. After this, nearby residents were alerted to the incident and came out to defend him and his family en masse. According to eye-witness accounts in the residential area, it was not that easy for the rather heavily organised task force to capture the said officer, who had fought back, killed and wounded several federal law enforcement agents involved in the operation.
Surely enough, the confrontation would not have come to an end had the locally respected elders not intervened in the standoff and wisely mediated the two sides so that they would subsequently cease hostility. They temporarily kept the retired officer under local police custody until he will be handed over to a court for a subsequent trial under the law.
Nevertheless, the unpleasant legacy of this unfortunate incident has sparked an angry and widespread protest in parts of the city. Residents took to the streets in defiance of the heavy presence of the federal security and defence forces engulfing and patrolling the area with a view to contain the tension and stabilise the gloomy state of affairs. The ensuing damage caused to the property of private citizens was equally immense.
I am of the opinion that the trouble could have got out of control had it not been for the pacifying interference of the local elders. It is important to underscore here that natural wisdom functioned much better than a regular and properly constituted mechanism, which is not necessarily responsive to each and every instance.
In the meantime, people have still been waiting for an adequate and credible explanation of what actually happened in Gondar on July 15, 2016. It is up to the Federal Government to come forward with a full and comprehensive account of what had been encountered along with its far-reaching predicaments if the pending trouble is to subside in due course.
The smooth and realistic resolution of our apparently domestic problem is less likely to come about by simply and unreasonably trying to externalise it in an unprecedented search of rather invisible actors beyond the frontiers of the country. Though not a good friend of ours indeed, the present Eritrean regime has more than enough outstanding troubles of its own, before it is able to exert an extended and mounting pressure on Ethiopia.
If so proved otherwise, the best course of action available for Ethiopia is to strike back ‘proportionately’ in order to avert the danger in view.
MERHATSIDK MEKONNEN IS A LAWYER WITH DECADES OF EXPERIENCE IN PROSECUTION AND LEGAL ADVICE. HE CAN BE REACHED AT CLICKMERHA1@GMAIL.COM