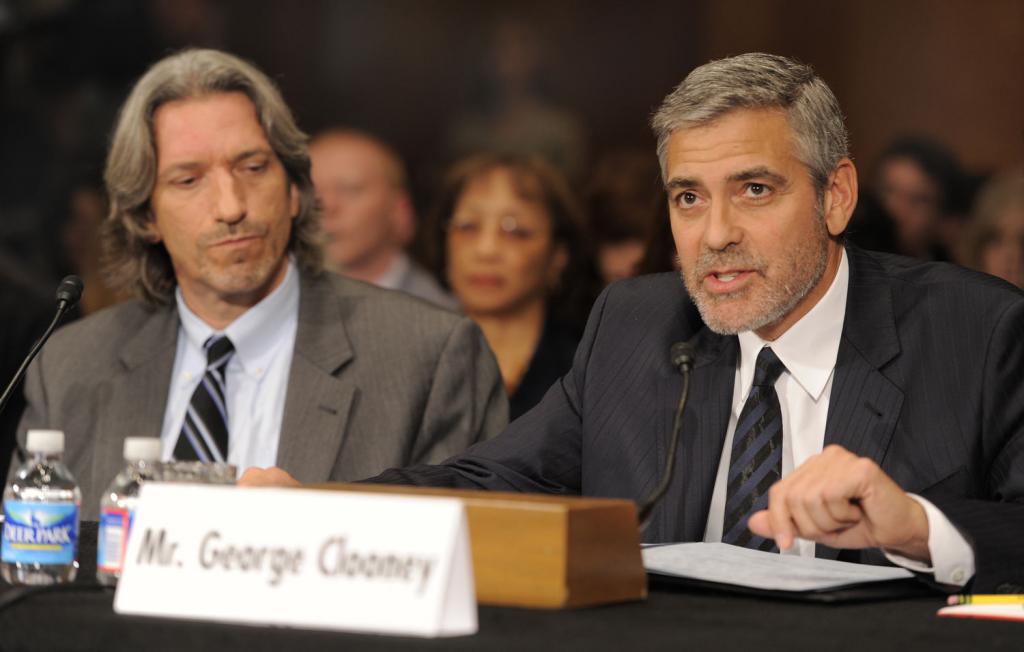 NEW YORK (HAN) September 7.2016. Public Diplomacy & Regional Security News.
International experts have announced for the first time to reveal on Monday, 12 September 2016, the report of a two-year investigation into the movement of money stolen from South Sudan by officials as well as reveal the ongoing money-laundering and arms deals involving particular companies and business people around the world.

The Sentry, an investigative initiative co-founded by John Prendergast and George Clooney, will present the findings of the groundbreaking investigation into the networks of South Sudan’s senior officials and their international facilitators, “whose violent competition over corruption opportunities has turned their country into one of world’s deadliest war zones.”

The event, which will reveal sources of corruption in South Sudan, will be the first public presentation of The Sentry’s multi-country investigations into the links between massive corruption and armed conflict.

During the Monday’s press conference, Clooney, Prendergast, Don Cheadle and members of the Sentry team will discuss the findings of the investigation. Press will be invited to cover the event of its first kind and feature a question-and-answer session with attending media.

The Sentry will release a report summarizing the results of nearly two years of following the money in South Sudan’s “shadowy war economy” and the links to an array of international facilitators and enablers, which include bankers, arms dealers, and businessmen.

The Sentry brings together an experienced team of investigators, including former employees of the United States FBI, Treasury Department, other government agencies, intelligence communities, and Congress, as well as contributions from field researchers, country experts, academia and press, who will attend the event.

The two-year investigation, according to the report, was done by expert researchers who pored through thousands of pages of legal records, corporate filings, financial statements, transaction and shipping documents, and other official correspondence; tracked suspects’ online social media footprints; and utilized satellite imagery to gather and analyze data about South Sudan’s assets and movements.

Investigators traveled to multiple locations including Melbourne, Adelaide, Addis Ababa, Kampala, Juba, Cairo and Nairobi, etc, to gather evidence and interview hundreds of experts and eyewitnesses, many of whom spoke under the condition of anonymity.

The Sentry, according to its policy statement, is an international organization with the responsibility to reveal, disrupt and dismantle the networks of military officers, government officials, businessmen, arms dealers, bankers, and other enablers around the world who benefit financially and politically from Africa’s deadliest conflicts.

“The Sentry provides information and analysis that engages civil society and media, supports regulatory action and prosecutions, and provides policymakers and the private sector with the information they require to take effective action,” The Sentry further explained.

Co-founded by George Clooney and John Prendergast, The Sentry is an initiative of the Enough Project and Not On Our Watch (NOOW), with its implementing partner C4ADS. Current countries of focus are South Sudan, Sudan, the Democratic Republic of Congo, Somalia, and the Central African Republic.

South Sudan is top on the list of the world’s most corrupt and violent nations under the leadership of President Salva Kiir, a former guerrilla fighter, turned politician and head of state.

The report is believed to provide a way for any future action by interested partners to recover the stolen money and punish those involved.(ST)