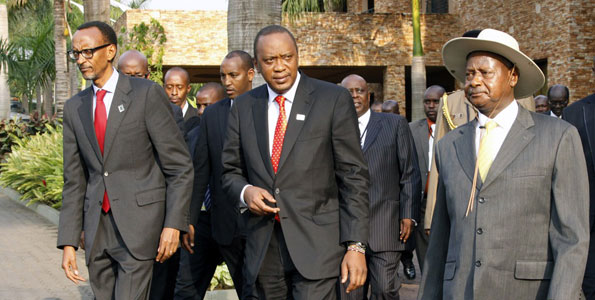 NAIROBI (HAN) January 13.2017 Public Diplomacy & Regional Security News. By Allan Olingo. The East African Community Heads of State Summit, which was to be held in the first week of this month, has been pushed to next month, after the regional ministers of trade and East African affairs failed to agree on some of the issues to be ratified, top among them being the Economic Partnership Agreement (EPA) with the European Union.

This has caused anxiety in Kenya, which is now banking on the EAC Council of Ministers who will convene in a fortnight to persuade its regional partners to finalise discussions on the ratification of the EPA by the February 2 deadline.

“The ministers have been having back-and-forth discussions over these issues since November. Had the ministers agreed on the issues, then we would have seen a Heads of State Summit later this month, at which the EPA signing would have been timely because of the European Union deadline,” a source said.

“However, this wasn’t the case, and the Ministers will now meet in the week of January 23.”

East African Community Affairs Principal Secretary Betty Maina confirmed that the summit will take place in February, because the council did not finish its business last year and has therefore not formulated any proposals to be adopted, a prerequisite for any EAC summit.

“The leaders couldn’t meet as the business of the Council of the Ministers hadn’t been fully accomplished. We have sent out proposals that, if adopted, will be ratified by the summit,” Ms Maina said.

Kenya’s Trade Principal Secretary Dr Chris Kiptoo said that he is not yet privy to the discussions of the January meeting.

“I am yet to see the agenda, but I expect the EPA to be a part of it. It will come up and we will deal with it, despite its now being a delicate matter,” Dr Kiptoo told The EastAfrican.

It is understood that since the last Heads of State Summit, Kenya has made several diplomatic overtures, especially to Tanzania, which has indicated it will not sign the agreement, as it considers it of no benefit to the country.

“Kenya understands that Tanzania is an important trade partner, especially for its exports and would not want to do anything that would jeopardise this intra-country trade. That has made it tread very softly in pushing for the EPA, but when the two heads of states met in November, there was an understanding that this issue would be dealt with,” The EastAfrican was told.

Dr Kiptoo said that they would not want a scenario where the impasse on the EPA and negotiations would rock the gains the intra-regional trade bloc has made so far.

“For us, this is a delicate matter as it involves one of our biggest local trading partners. It requires work for a mutual balance to be found and that’s what we are working on. I am hoping that in the next few weeks, from the scheduled meetings, we will get directions on how to proceed,” Dr Kiptoo said.

Tanzania is Kenya’s second largest importer of goods, with statistics from the Kenya National Bureau of Statistics showing that Kenya exported $67.5 million worth of goods to Dar es Salaam in the third quarter of 2015, a drop from $78.2 million in the same period in 2014.