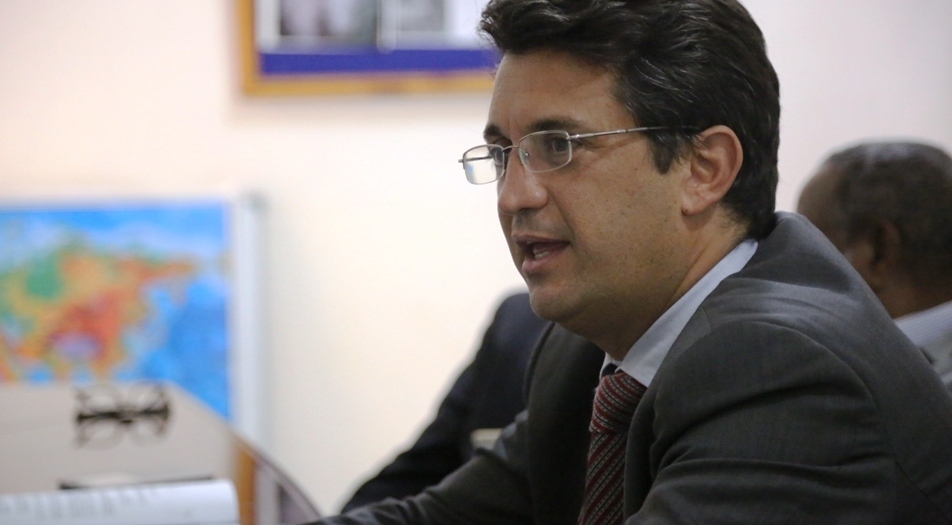 Ambassador Cervone d’Urso, who spoke at a media briefing, this week, said EU’s move to cut funding to AMISOM should not be misconstrued as a sign of bad relations, adding that the reduction was a result of competing priorities in Africa and the world in general.

“We had a conference on Somalia recently in Istanbul, and this matter came up and we asked other countries, other organizations, to come up and support AMISOM,” he said.

The EU ambassador emphasized AMISOM was important in the fight against terror and must be given the necessary support by the international community.

“Since we are involved and working together in other crises in world, we should also stand with AMISOM in Somalia. On our side, we are committed to maintain the current levels, which is a big commitment,” he added.

Last February, heads of state from Troop Contributing Countries, meeting in Djibouti, expressed concern about the EU’s decision to reduce AMISOM troop allowance by 20 percent, urging the UN to intervene and cover the financial shortfall. Currently, the EU is the main funding partner for AMISOM and has committed to continue playing a key role in restoring peace and security in Somalia.

Ambassador Cervone d’Urso thanked AMISOM for enabling a conducive environment for progress and peacebuilding in Somalia.

“We have seen in the past three years the development of administrations; we have federal states being created. In a few months, we will have elections in Somalia. In this context, the role of AMISOM is key,” observed the EU ambassador.

He noted that were it not for AMISOM, it would have been difficult for the Somalis in the diaspora to return home or even the Federal Government to control vast swaths of the country.

Ambassador Cervone d’Urso observed that there has been increased engagement between international partners and the Somali people beyond the capital Mogadishu, facilitating initiation of political and development programs both in towns and rural areas.

“AMISOM has played a key role in liberating most of the cities in Southern Somalia,” the EU ambassador said, adding the achievement has aided UN agencies and other development partners engage and support Somali people.

Ambassador Cervone d’Urso emphasized the close relationship between the European Union and the African Union, saying activities undertaken by the EU are implemented in cooperation the political leadership of the African Union headquartered in Addis Ababa.

He stressed the need for a comprehensive approach to addressing the conflict in Somalia, noting that the battle against Al Shabaab requires effort that builds on the military successes.

“We believe that Al Shabaab is not just a military issue, we need to tackle it in a comprehensive manner. Al Shabaab thrives to  a certain extent on some grievances,” the EU ambassador added.

If  grievances such as poverty and radicalization were addressed, it would not be difficult to deal with Al Shabaab, he observed.