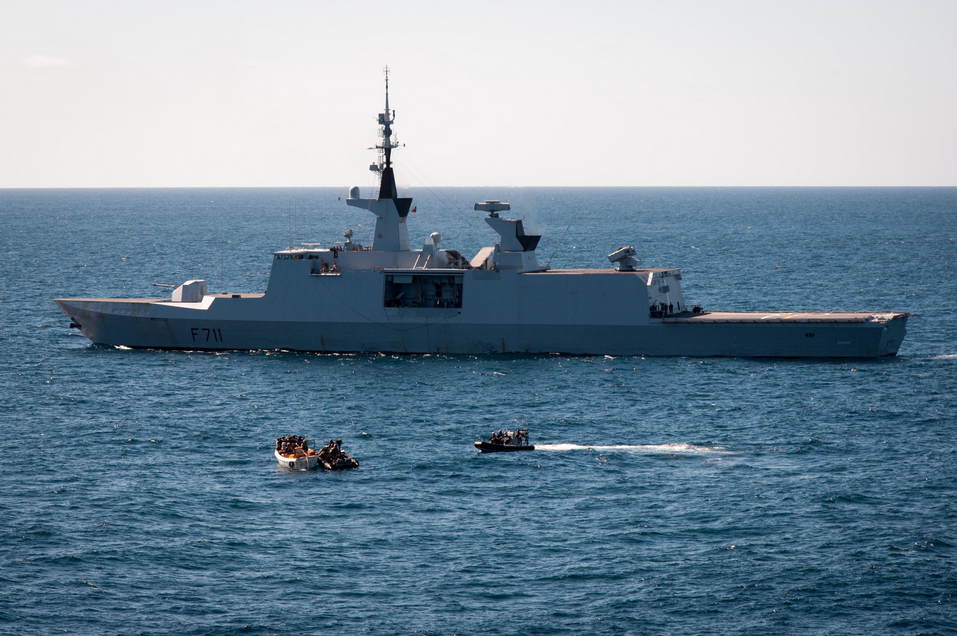 MOGADISHU (HAN) July 15.2016. Public Diplomacy & Regional Security News. The European Union’s counter-piracy EU Naval Force has welcomed the conviction earlier today of twelve men after they were found guilty by the Mauritian Court of attempting to carry out an act of piracy against a merchant ship, MSC Jasmine, on 5 January 2013.

The successful conviction came after prosecution lawyers in the Republic of Mauritius challenged an earlier court ruling in November 2014 that had found the men not guilty of attacking the Cypriot container ship as it transited south in the Indian Ocean.

This was the first piracy trial held by the Mauritian Court after a transfer agreement, that enables those suspected of committing an act of piracy off the coast of Somalia to be transferred to the island nation for prosecution, was signed between the European Union and the Mauritian Government in July 2011.

On the day of the attack in January 2013, MSC Jasmine’s master put out a distress call to say that his ship had been attacked by a number of men who were armed with rocket propelled grenades. The private security team on board managed to repel the attack.

Upon receiving the distress call, counter-piracy warships from NATO (USS Halyburton) and EU Naval Force (FS Surcouf), together with EU Naval Force’s German maritime patrol aircraft, immediately closed the sea area.  Upon arrival at the scene, FS Surcouf’s boarding team boarded two suspect vessels, and after apprehending twelve men, the suspects were transferred to the Republic of Mauritius for prosecution.

The European Union also has a transfer agreement with the Republic of the Seychelles and just last month the Seychellois Court found seven men guilty of attacking the Marshall Islands-flagged tanker, MV Nave Atropos, in the Gulf of Aden in January 2014.

These two cases follow another successful piracy conviction in April this year, when a French court sentenced six Somalis to between 6 – 15 years after they were found guilty of attacking the yacht, Tribal Kat, and the murder of its French skipper, in September 2011.  After EU Naval Force warships, FGS Bayern and ESPS Galicia, intervened, the men were transferred to France for trial.

Speaking about the three piracy convictions, EU Naval Force’s Operation Commander, Major General Rob Magowan CBE, said: “I very much welcome the ruling made by the Mauritian Court today and the close cooperation with the EU Naval Force that helped to ensure a successful outcome.  These convictions send a clear message to pirates intent on going out to sea to attack ships – EU Naval Force warships will not hesitate to find and apprehend them and transfer them for prosecution.  The EU and counter-piracy partners remain committed to suppressing piracy to ensure seafarers and ships remain safe in the Indian Ocean and Gulf of Aden.”

The Mauritian Director of Public Prosecution, Mr Satyajit Boolell SC, commented: “We have played our part as a member of the regional and international communities’ efforts in the fight against piracy.  We have ensured that the pirates were given a fair trial, and they were represented by legal counsel throughout the trial. This has been a victory for the international community and the rule of law.”