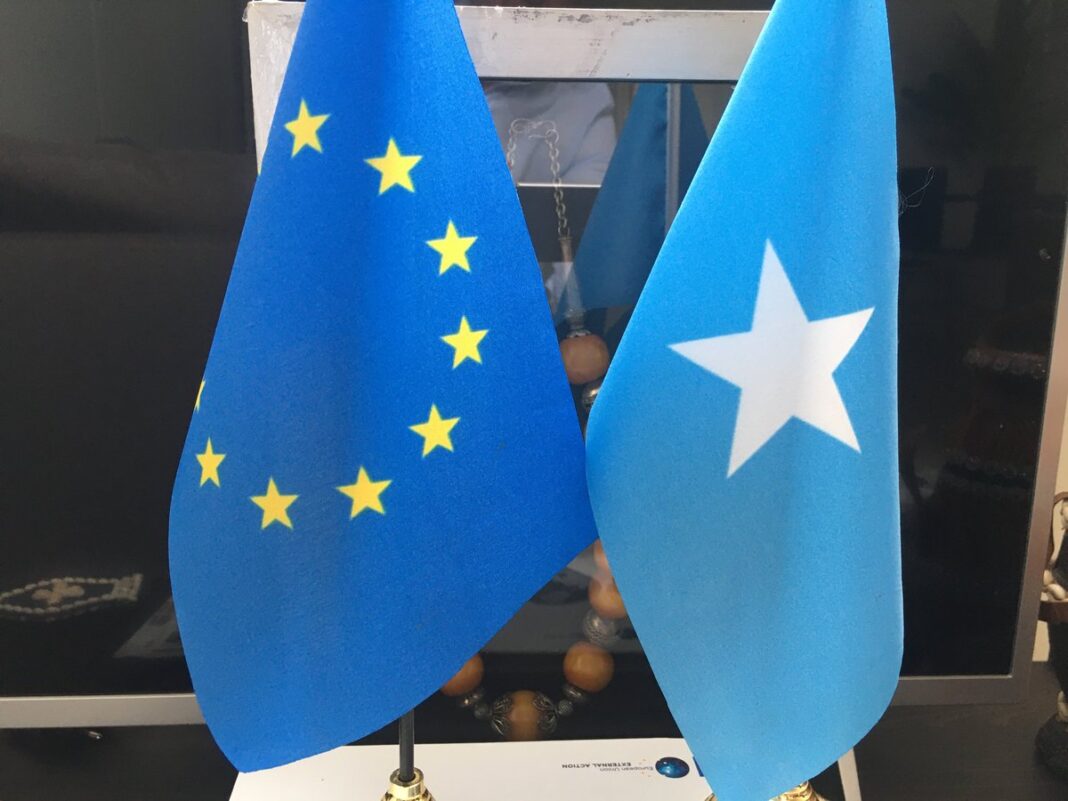 MOGADISHU (HAN) April 28. 2021. Public Diplomacy and Regional Stability Initiatives News. Monitoring Regional Issues. – The European Union has welcomed the decision by Galmudug and Hirshabelle states to support call for elections in the horn of Africa nation which for the last five witnessed armed violence that displaced hundreds of families in Somali capital.

The regional states turned against the president’s stance and called for a return to talks on the national election that had been meant to take place in early February.

Prime Minister Mohamed Hussein Roble backed that joint statement and called on security forces to return to their barracks. He also urged opposition leaders to stop any actions that could harm Somalia’s stability.

In a twitter post, the continental body reiterated its stance to oppose the term extension for the government which was mid this month approved by Somalia’s lower house members.

“The EU praises the courage and sense of concertation by PM Roble and FMS proposing a consensus-based way forward towards fast elections and urge others to follow the path to previous commitments. Violence has no place in Somalia and dialogue is the only way forward,” the post reads in part.

Hours later, Somali president Mohamed Abdullahi Farmajo has addressed the nation, calling for for elections and a return to dialogue to end military tension in the country.

The president said he would appear before parliament on Saturday to “gain their endorsement for the electoral process.”

“As we have repeatedly stated, we have always been ready to implement timely and peaceful elections in the country,” he said.