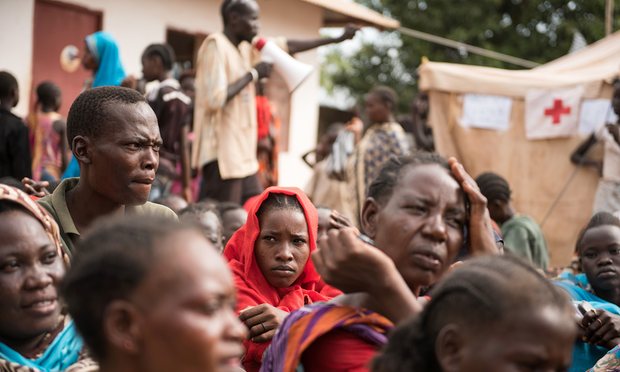 Ethnic tension is rising in South Sudan’s Bahr-el-Ghazal state where leaflets ordering those from Central Equatoria to leave or face elimination were found.

It is feared that the Dinka may be planning retaliatory killings after members of their community were massacred by unknown militia along the Yei-Juba Road on October 10. The deceased were among passengers travelling to Juba in three buses when the militia attacked.

Sources told The EastAfrican that the fear of retaliation heightened last week after President Salva Kiir said that he would personally lead military operations in the three states of Equatoria, where a number of militias have taken arms against the government and are targeting the Dinka community.

President Kiir had earlier warned the Dinka community against taking the law into their own hands, but some Equatorians have interpreted his threat as being ethnically-driven. President Kiir is from the Dinka tribe.

A letter written by a vigilante group — Lakes State Youth Council in Rumbek — to the United Nations Mission in South Sudan, non-governmental organisations and individual companies in the Lakes State demanding the evacuation of Equatorians has further heightened the tension.

“Following the recent developments in the country, where the Dinka have been targeted and butchered in the whole of Equatoria region and considering security implications on the Equatorians… the Youth from Awiel have taken action and the Equatorians are being evacuated,” the letter notes.

The United Nations Commissioner for Human Rights, Zeid Ra’ad Al Hussein has warned that rising ethnic rhetoric, hate speech and incitement to violence against certain ethnic groups could lead to mass atrocities that could spill out of control.

“I urge President Salva Kiir and all political and community leaders to urgently take measures to defuse the tensions,” said Mr Al Hussein in a statement posted on the commission’s website.

However, South Sudan ambassador to Kenya, Chol Ajongo said that those talking of a looming genocide as misguided and influenced by forces inside and outside South Sudan who want to see the country become ungovernable.

“It is true people have been concerned about the state of insecurity in the country but to equate it to a looming genocide is to exaggerate the situation,” said Mr Ajongo.

Dr Cirino Hiteng, a member of the former political detainees said that the Inter-Governmental Authority on Development and the international community had done nothing to stop the violence.

“It is sad that the security situation is deteriorating and yet the guarantors for the peace deal are not reaching out to either President Kiir or Dr Riek Machar to move the country back on track,” said Dr Hiteng.