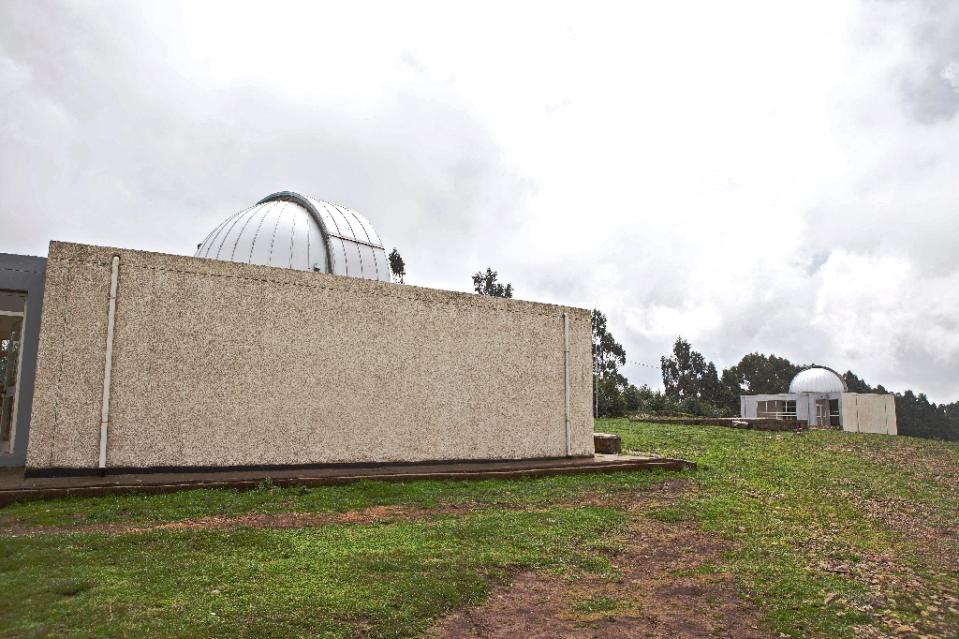 Perched on the top of the 3,200-metre (10,500-foot) high Mount Entoto, two metal domes house telescopes, each a metre in diameter.

Operational for only a few months, the specialized equipment — the first in eastern Africa — has propelled Ethiopia into an elite club of African countries to have embarked on a space programme.

For Ethiopia, Africa’s second most populous nation, the programme is aimed to give it a technological boost to aid the country’s already rapid development.

“Science is part of any development cycle — without science and technology nothing can be achieved,” said Abinet Ezra, communications director for the Ethiopian Space Science Society (ESSS).

“Our main priority is to inspire the young generation to be involved in science and technology.”

ESSS, funded by Ethiopian-Saudi business tycoon Mohammed Alamoudi, was set up in 2004 to promote astronomy.

It has a bold mission: “To build a society with a highly developed scientific culture that enables Ethiopia to reap the benefits accruing from space science and technology.”

But its supporters have had a tough ride to set it up.

For the past decade, a handful of enthusiasts — including Solomon Belay, director of the observatory and a professor of astrophysics — battled with the authorities to convince them that in a country that is still one of the poorest in the world, where malnutrition is still a threat, the exploration of space is not a luxury.

Ethiopia strongman Meles Zenawi, who died in 2012, considered them to be dreamers.

“People said we were crazy,” said Belay. “The attention of the government was to secure food security, not to start a space and technology programme. Our idea was contrary to that.”

A chalkboard with mathematic equations as well as writing in Amharic, the Ethiopian national languag …

The space observatory is, above all, a symbol.

It allows the handful of astronomy and astrophysics students at the University of Addis Ababa to train on site, rather than taking expensive trips abroad.

“Being poor is not a boundary to start this programme,” Solomon said, adding that by boosting support for science, it would help develop the country.

“Engineering and sciences are important to transform our (traditional) agriculture into industry.”

The site here at Entoto, often hidden by clouds during the rainy season and close to the lights of Addis Ababa, struggles to compete with the world’s major observatories, including the far larger Southern African Large Telescope in South Africa.

But Ethiopia has plans, including to build a far more powerful observatory in the northern mountains around Lalibela, far from city lights.

With the authorities now won over that Ethiopia should invest in space science, the government hopes to launch a national space agency — and to put an Ethiopian satellite in orbit within five years, for the monitoring of farmland and to boost communications.

“We are using space applications in every day activities, for mobile phones, weather — space applications are fundamental,” said Kelali Adhana, the International Astronomical Union chief for East Africa, based in Ethiopia. “We cannot postpone it, otherwise we allow ourselves to live in poverty.”

At Ethiopia’s Institute of Technology in the northern town of Mekelle, scientists plan to test the first Ethiopian rocket to go more than 30 kilometres into sky, although that it still far from the 100 kilometre frontier, beyond which the Earth’s atmosphere gives way to space proper.

Ethiopian astronauts however, remain far off — even if in a country that lays claim to be the birthplace of humankind, with the remains of the ancient hominid Lucy in Addis Ababa, the prospect of conquering space is an attractive one.

“We are in no hurry to go to deep space,” said Belay.AFP