According to a statement NISS sent to FBC yesterday, it was seized at the Addis Ababa Bole International Airport being transported to Bangkok, the capital of Thailand. 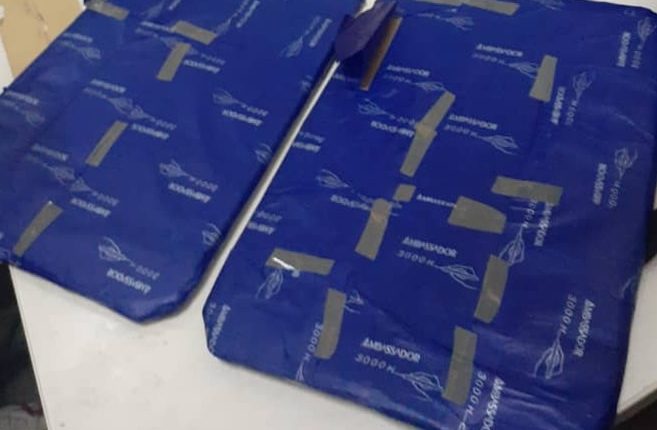 An Ethiopian national caught trying to deliver the cocaine by hiding it in a laptop bag was arrested, along with three other suspects, it added.

In August, Ethiopian authorities disclosed they have nabbed 80 individuals for alleged connection in drug trafficking activities in the Ethiopian Fiscal Year 2018-19, that ended on July 8.

According to the Ethiopian Federal Police Commission’s Counter Narcotics Operation team, the 80 individuals, who are said to be nationals of 17 countries, were apprehended for suspected involvement in drug trafficking activities during the 2018 – 2019 fiscal year.

Most of the 80 individuals were caught while allegedly trying to smuggle drugs through the Addis Ababa Bole International Airport.

The seized drugs were being transported by a variety of foreign nationals including Nigerians, Brazilians, Venezuelans and South Africans.