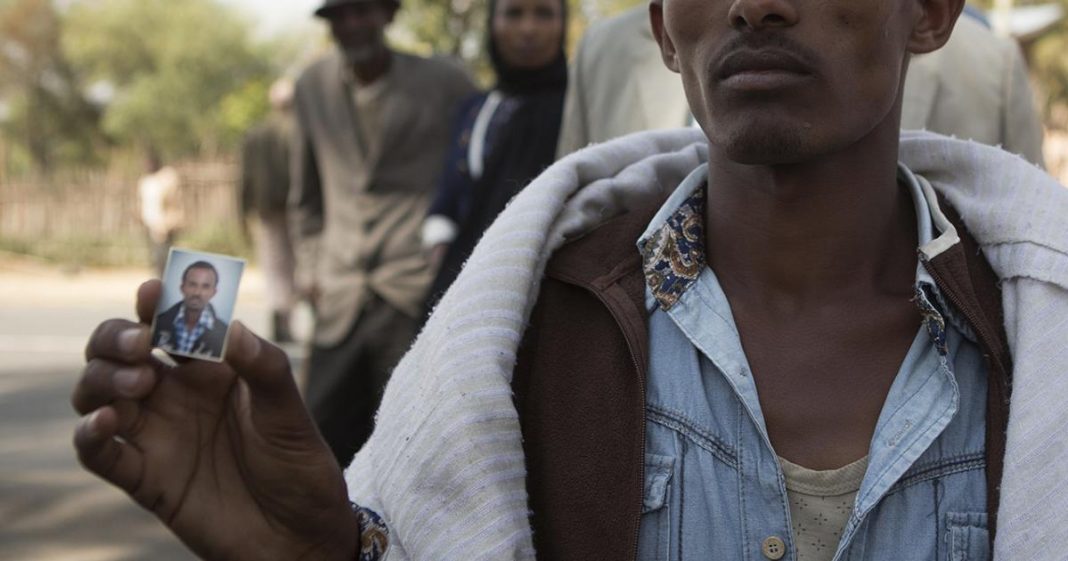 In November 2015, residents of a small town called Ginchi launched protests against a proposal by Ethiopia’s government to expand Addis Ababa, the capital, into the surrounding farmlands in the Oromia region. The protests have since grown into a movement demanding greater self-rule, freedom and respect for the ethnic identity of the Oromo people, who have experienced systematic marginalization and persecution over the last quarter-century.

In Amhara, the country’s second largest region, protests started in Gonder on July 31 this year, and rapidly devolved from addressing localized identity questions of the Welkait community into a region-wide movement that has spread into numerous other provinces in just four months. Though the large-scale July 31 incident in Gonder marked the first  major confrontation between Amhara protest leaders and the Ethiopian government, the dispute between the Amharas and the regime can be traced back as far as the early 1990s, when the Tigrayan-dominated regime redrew the district boundaries of the Welkait community that belonged to ethnic Amharas into Tigray region. Some Amhara activists have described the ongoing Amhara protest as ‘25 years of anger unleashed’. The protesters in Gonder have also expressed slogans of solidarity for the protests in Oromia.

Although the protests in Oromia and Amhara started for different reasons, they both stem from Ethiopia’s complex identity politics. In both regions, demonstrators are challenging the dominance of elites from one group — the Tigray — in Ethiopian politics. The Tigray make up 6% of the population but dominate the ranks of the military and government, while the Oromo are at 34% and the Amhara represent 27% of the country’s population.

Since November, hundreds of protesters have been killed and thousands arrested. Early this month, at least 52 people were killed at a gathering for the Irreecha holiday in Oromia, after security forces triggered a stampede with smoke bombs and live bullets.

The protests’ amazing spread from Amhara to Oromia seemed to represent an important turning point in the year-old movement challenging the 25-year rule of the Ethiopian People’s Revolutionary Democratic Front (EPRDF), the ruling political coalition, which is dominated by Tigrayan ethnic minority elites.

For observers and critics alike, these protests represent a watershed moment in modern Ethiopian political history. In mid-October, the government even declared a six-month state of emergency for the first time in 25 years.

State officials have continued to promise reforms, reaching out to what observers call “friendly opposition figures” like Lidetu Ayalew. Last week, however, there were mass arrests, and the authorities cut off digital communications. State propaganda and mandatory large-scale “training programs” for civil servants seem to signal that the government is struggling to contain the widespread anger and discontent.

Meanwhile, a significant number of the 251,000 members of the Ethiopian diasporacommunity who live in the United States are marking this historical moment by honoring the victims of the violence and holding vigils. More importantly, they have started to contemplate life without the incumbent regime.

As the protests gradually eat away at Ethiopia’s basic political and economic structures, the regime appears more wobbly that ever before. Consequently, the Ethiopian diaspora has convened conferences to discuss regime change, constitutional reforms, and others transitional issues. The conferences are organized by a number of diasporic political groups and individuals who are nevertheless divided along various ethno-national and ideological lines.

Of the events happening now in the Ethiopian diaspora, two prominent conferences stand out.

The Oromo Conference for National Consensus was a pre-convention gathering at which political groups of the Oromos, the single largest Ethiopian ethnic group, deliberated about the Oromo Leadership Convention scheduled to take place this November in Atlanta, Georgia.

The pre-convention began in London on October 22, 2016, and concluded the following day. While the conference was underway, a division quickly emerged between the Oromo elites in the diaspora regarding the inclusiveness and the framing of the convention planned for Atlanta. The organizers of the Atlanta convention appeared to support the convention’s proceeding as planned, despite remarks by prominent Oromo activists, journalists, and academics, who raised challenging questions and proposed various and complex alternative themes and frames for the convention.

The pre-convention reached a dramatic climax, however, when Liben Wako (a representative of an Oromo political group) caused a firestorm by saying, “The struggle of the Oromos is not to democratize Ethiopia but to rip it into pieces.”

The statement was a remarkable crystallization of the country’s existential crisis, demonstrating that ethnic nationalism remains a potent and unresolved issue in Ethiopia today. In the current heightened ethno-national political climate, these kinds of statements threaten to exacerbate attitudes against non-Oromo Ethiopians who have supported the ongoing protest with the aim of democratizing Ethiopia.

Roadmap for Transition and Constitution Making in Ethiopia

This conference took place on October 22 and 23, 2016, bringing together various individuals and political groups in Washington, D.C. The October event marked the the second time the event was held this year, with the first gathering in April 2016.

Scholars and political groups based in the diaspora presented papers, concept notes, and ideas about the ongoing protests and their repercussions in Ethiopia. Reportedly, most conference participants reached a consensus on an overarching Ethiopian civic national identity, while recognizing various ethnic identities. Most of the papers presented at the conference reflected this agreement.

Broadly speaking, two opposing political groups — ethno-nationalists and civic nationalists — have dominated the rhetoric that’s shaped the two conferences. This dichotomy sometimes breaks down into conflicts between secessionists and unionists.