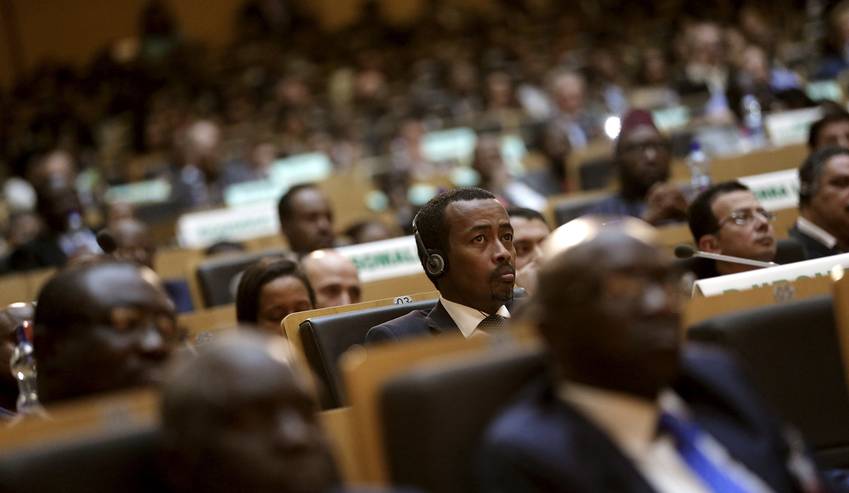 Over the past two decades, Ethiopia emerged out of turmoil and has been striving to ensure peace, democracy and development. Equally important, Ethiopia has been striving to achieve regional stability and economic integration. In so doing, this country has gained increased attention and acquired a new dynamism and political acceptance across the globe.

It is obvious that its involvement and influence would grow faster both at regional and international arena as the nation gives value to peaceful cooperation and mutual benefit.

Is Ethiopia influential in global politics?

Ethiopia is one of the oldest states in the world and had forged relations with various countries in ancient times for various reasons. In modern history, Ethiopia involved in world politics in the 1920s joining the ‘League of Nations’. It has also played significant role in chasing out colonialism from Africa helping as bastion of freedom for those under colonialism.

Ethiopia is a seat of the African Union and Economic Commission for Africa and other various international organizations and embassies. It is believed that Ethiopia is a hub of diplomatic and international missions next to New York and Geneva. It as well hosts over 800, 000 refugees from the neighboring countries.

In an exclusive interview with The Ethiopian Herald, Ann Fitz-Gerald, Professor of Security Sector Management at the Centre for Defence Management and Leadership of Cranfield University in UK, said that economic wealth is a key factor for the existence of influence and power along with promotion of human rights, peace and stability.

Public Policy Professor at Addis Ababa University, Costantinos Berhutesfa seconds Ann’s stance saying the features that make nations influential in global politics are respect for a democratic constitution, the rule of law, political stability, good and corruption free governance; a merit based public administration, a high level of human development index and respect for human security. To be an equal partner in global politics, nations must prove that they can ensure human security, Prof. Costantinos told The Ethiopian Herald.

Ethiopia has moved quickly to integrate the region with power supply, road and rail networks.Challenged by poverty and El Nino drought, Ethiopia is consciously pursuing structural transformation in meeting the MDGs and successively implementing the SDGs. While the national economy is growing remarkably, a shift in macroeconomic policy can decisively contribute to high growth rates and new margins of maneuver for sectoral and structural policies, he added.

Prof. Ann on her part noted that Ethiopia’s presence and influence both in regional and international politics has increased as it is the leading troop contributor nation to UN peacekeeping missons. Its impressive and continuous annual rates of economic growth and projection of regional stability in a very volatile area are also drivers which have bolstered the country’s influence.

Foreign Ministry Spokesperson Tewolde Mulugeta also told this reporter that Ethiopia’s influential status at international and regional arena has grown as the country abides by international law and is peace-loving nation right from the emergence of League of Nations. Ethiopia has shown the world that it is a peace-loving nation practically. Currently, there are 12,500 Ethiopian peacekeepers in UN and AU missions.

“In addition to these leading international roles, Ethiopia’s gradual and sustained approach to economic growth has also grasped the attention of a number of global actors. Ethiopia has a story to tell which has led it to becoming an ‘inclusive’ economy and Ethiopians living inside and outside the country are investing in the nation’s future,” Prof. Ann said.

Spokesperson Tewolde further noted that Ethiopia’s foreign policy is aimed at ensuring development, peace and democracy in and out of the region. Due to this fact, Ethiopia has gained various achievements in international politics and this emanates from its internal development successes.

Ethiopia as a champion of peace and committed to development, many international and regional fora organizers are flocking. He said hosting Finance for Development and AU Heads of State Summits, among others, is a manifestation to its practical engagement.

“Ethiopia was elected by 185 states to be a non-permanent member of UN Security Council. Most world great leaders have been paying official visit to Ethiopia. This shows that member states have built trust on Ethiopia,” he noted.

Reflecting on challenges, Tewolde said that terrorism especially in the Horn of Africa remains a problem for Ethiopia in becoming influential country in the world. Thus, it ought to fight terrorism in collaboration with the international community. In addition to this, the effort to sustain double digit economic growth and reduce the poverty level should be strengthened more than ever.

Prof. Ann on her part underscored that the challenge for any country undergoing rapid economic development are basically three : continuing to develop as a nation amidst regional volatility; ensuring that the development remains ‘even’ and ‘comprehensive’, and ensuring policies and regulations put into place to support Ethiopia’s ambitious development programme could be realized and enforced.

She further noted that viable policies and regulations guiding domestic and foreign direct investment must not only exist on paper, but must be practical in an accountable manner.

According to Prof. Costantinos, corruption and maladministration are among the challenges the country face.

Prof. Ann pointed out that research must be encouraged to ensure that these ‘homegrown’ experiences are documented over time to enable others (particularly in the region) to learn from. The country should continue to engage in dialogue with all segments of the society and other political groups as well.

As to Prof. Costantinos, the government should work actively with the public to combat corruption and ensure good governance. The legitimacy of the elections and democratic process underway in Ethiopia solely depends on its being perceived as reasonably honest, transparent, and accountable in discharging political responsibility. The effort to have participatory political system should also be sustained in a strong manner.