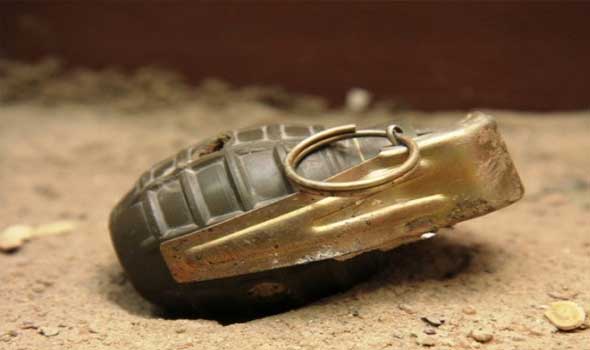 ADDIS ABABA (HAN) January 12.2017 Public Diplomacy & Regional Security News. By Tesfa-Alem Tekle. A hand grenade attack at a Hotel in Gondor town of Ethiopia’s northern Amhara region claimed the live of one person and injured at least 11 others, regional police disclosed on Wednesday.

The incident occurred Tuesday evening when an unidentified attacker threw a hand grenade at Entasol, a hotel known for its recreation activities.

No one has immediately claimed responsibility for the attack in the historic town.

Gondor is one of Ethiopia’s major tourist destination sites well known for its medieval palaces and marvelous architectures of ancient Churches.

Those injured, police said have been taken to Gondar Referral Hospital where they are receiving medical care.

Officials are yet to disclose details on whether if the attack was a terrorist one or linked with the latest violent anti-government protests sparked in Oromia region and spread to Amhara regional state over demands of territorial, political and economic rights.

The attack comes over two months after the horn of Africa’s nation declared a six-month long state of emergency imposed in a bid to contain a year-long unrest which claimed lives of at least 500 people.

Police said it has launched an investigation, which is currently in its early stages.

“The attack might be a new tactic started by anti-peace forces as the strategy they had been pursuing in the past failed” regional police official told the state affiliated Fana Broadcasting Corporate.

The official also urged residents of the town to report suspected incidents.

Eritrea gained independence from Ethiopia in 1993 after a 30-year guerrilla war however the two neighbours fought a war during 1998-2000 over territorial disputes which killed over 70,000 people.

As their border dispute yet never settled ties between the two neighbours remain at odds.

Both countries routinely trade accusations of arming and supporting one the others’ rebel group.

Ethiopia says it has often thwarted Eritrea-backed bomb plots and several other attacks.

Previously Ethiopian security forces have captured hundreds of Eritrea’s mercenaries while trying to sneak into the country to launch attacks intended to destabilize nation.

Addis Ababa has repeatedly warned that it will take proportional military actions to what it says is to stop Eritrea’s unfolding aggressions.

Previously, Ethiopian forces have penetrated deep into Eritrean territories and attacked several military bases including those bases used by militants who are given sanctuary by Eritrea to carry out attacks against Ethiopian targets.

Ethiopia has also foiled a number of terror attacks by an Islamist radical group in Somalia.

Since 2011, Ethiopian troops have been fighting al Qaeda-allied al Shabaab militants in Somalia as part of an African Union peacekeeping mission.