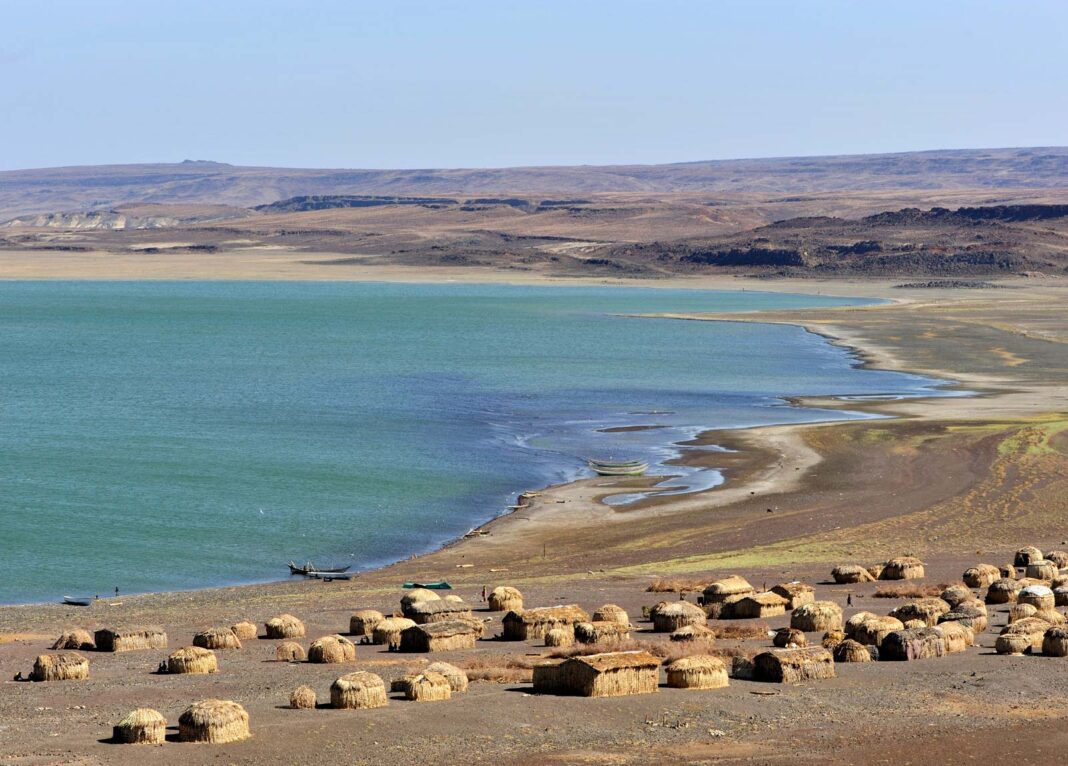 Turkana, the world’s largest desert lake, lies in Kenya’s northwest corner, on the border with Ethiopia, and gets 90 percent of its water from the Omo River.

Ethiopia is one of Africa’s fastest-growing economies and has the potential to generate 45,000 megawatts of hydropower by tapping the rivers that cascade through its highlands. It is pushing to become a top energy exporter and manufacturing hub.

Large-scale industrialisation of the Omo, including the Gibe 3 hydroelectric dam, which began power production this month, and a planned 2,000-square-km irrigated sugar plantation downstream, could siphon off water from Turkana and wipe out fish stocks.

“Lake Turkana is in danger of disappearing, and the health and livelihood of the indigenous peoples of the region along with it,” Joseph Amon, health and human rights director at Human Rights Watch, said in a statement before releasing a report in Nairobi.

Addis Ababa rejects the claims, saying its own studies show the dam will regulate the river’s flow and stabilise water levels in the flood-prone region.

Human Rights Watch called on Kenya to initiate talks with Ethiopia and pass a climate change law that would address the persistent drought and disappearing grazing lands in Turkana.

Its report comes as world leaders prepare to gather in Paris in December to devise a global strategy on climate change.

“The struggles of the Turkana people are an important reminder for governments around the world that human rights should be a central element of the future Paris climate change agreement,” Amon said.

Average temperatures around Lake Turkana, which is home to about 300,000 people, have risen by 2-3 degrees Celsius since 1967 and rainfall has been uneven.

Semi-arid Turkana is one of Kenya’s poorest regions. Most of the population are pastoralists, and Human Rights Watch said reports of livestock deaths and increased fighting over the region’s scarce resources had increased. reuters