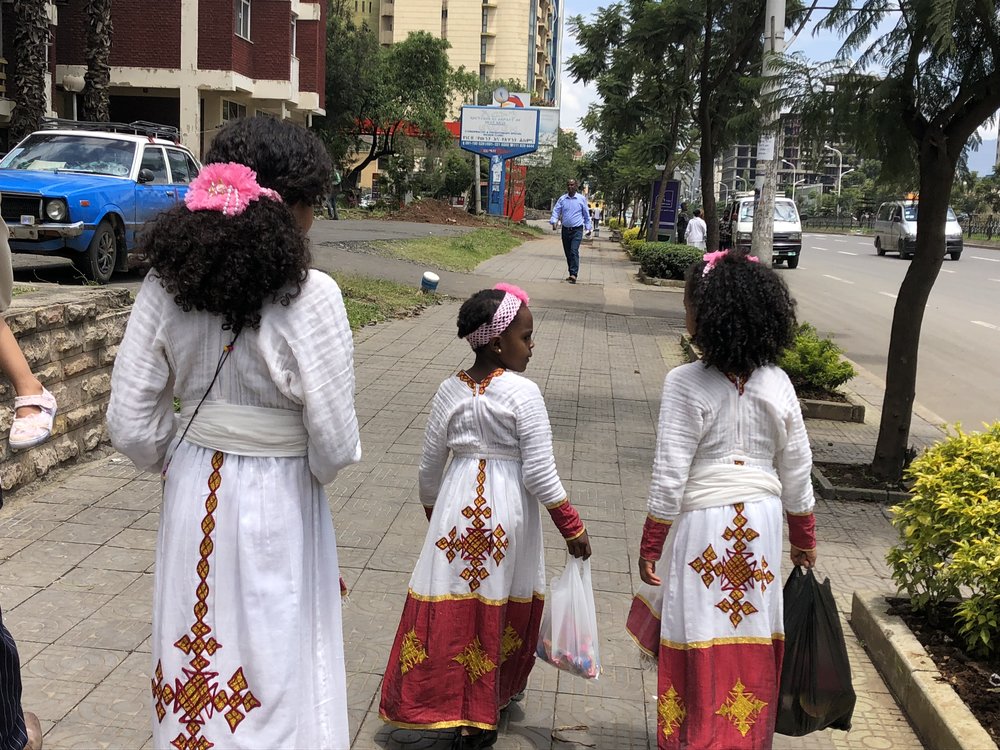 Addis Ababa (HAN) September 11. 2020. Monitoring Regional Issues.Struggling to shake off the trauma of the past year, Ethiopians on Friday embarked on their new calendar year with hope and hype.

The markets in urban areas, despite the fears of the pandemic, were full of people, burning traditional torches and exchanging best wishes.

In their messages, leaders of the Christian and Islamic religions hoped the new calendar year of 2013 that began on Sept. 11, 2020 A.D. brings peace in the lives of people.

The past year witnessed deadly violence killing and displacing hundreds of people, along with desert locust invasion, floods, and COVID-19 among other natural and man-made calamities.

“We should never allow a repeat of that, “he added.

The country was on the brink in July, following the killing of Hatchalu Hundessa, Oromo activist, singer, and songwriter. His fans, mostly youth took to the streets in protest leading to violent clashes, killing, and destruction of properties.

Patriarch of the Ethiopian Orthodox Church Abune Mathias asked the nation to come together, learn from the past and move on.

“It was a very sad year both for the nation and for the Ethiopian Orthodox Church as many churches were burnt,” he said.

Families across the country celebrated New Year with treats including preparing homemade bread, soft drinks, traditional honey wine known as tej in addition to stews and grills of mutton, goat meat, and beef.

Children in cities were seen going door to door exhibiting their paintings of flowers and angels and received blessings and prize money. The outdoors singing of girls could not happen this time around due to the COVID-19 scare.

Senior journalist Zekeriya Mohammed said all and sundry in the political spectrum should come together and find a resolution to the misunderstandings that come in the way of peace in the country to date.

“I don’t think there is an easy way to get out of the political quagmire that our country is in. I think the way out requires extraordinary wisdom,” he told Anadolu Agency.

He called for civilized dialogue and to listen to each other to build a common understanding and consensus.

Omer Redi, manager of Ifriqiyah Media and Communications said ethnic politics is the main culprit behind violence in Ethiopia.

“The greatest challenge the country faces is a continuation of the negative dividends of tribalism nurtured by the previous regime in a planned way with ill-intended and poisonous ethnic federalism,” he told Anadolu Agency.

The resulting ethnic clashes cause the country devastation of human lives and property, he said.

Redi, however, said there were many positive stories also in the past year that included completing the construction of the Grand Ethiopian Renaissance Dam and its successful first phase filling in a matter of days.

“Just a few years ago people were frustrated from being robbed of their hard-earned money mobilized from the public. People now feel determined to do whatever it takes to see the project completed willingly, “he said.