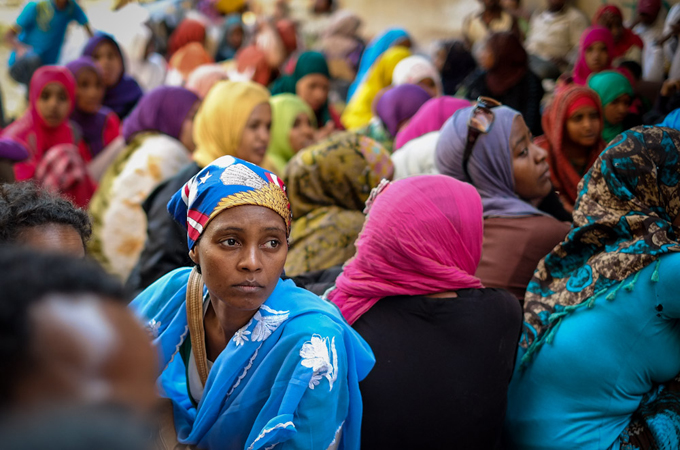 ADDIS ABABA (HAN) July 4.2016. Public Diplomacy & Regional Security News. OPINION By Yohannes Gebresellasie (Ph.d.). The exercise of illegal and violent measures as means to achieving individual, group or institutional goals and objectives always have detrimental consequences. Such actions are always regrettable as they, in the end, result in a long term deprivation of peace and development.

The recent events in some parts of the country are contrary to the country’s aspirations. True, as there are many Muslim Oromos, there are also millions of Christian Oromos of different denominations. For centuries, they have been living side by side with each other and their Ethiopian brothers and sisters of different cultures and traditions.

These days, few pessimistic groups want to ruin these precious values and norms. [Recently] few extremists have burnt churches and killed a small number of Christians [in some parts of the country]. They have caused major damage on human lives and property. For a normal human being, there is no way to see these groups other than destructive mercenaries!

It is clear that a mercenary sells his country and his people for money. Living comfortably in their North American sanctuary, these mercenaries want Ethiopians living at home to kill each other in the name of fundamental Islam. What these mercenary men do not know or do not want to know however is that here in Ethiopia, there is a long tradition of Muslims building churches for their Christian brothers and vice versa. And this culture is still prevalent. This long tradition of religious tolerance is a testimony that such groups would not accomplish their destructive mission.

When men become full of hatred and racists, bigots and ethnocentrists etc., they would not have peace internally. Consequently, they would be dominated by doubt, fear, suspicion and hence engaged in many wrongful acts. As a result they become less tolerant and develop aggressive behaviour which could be manifested both verbally and physically. As a result, they would become major instigators of instability, lawlessness and anarchy.

Therefore, innocent citizens of the country must be very careful not to be associated with such sick people. Instead, they should focus and work hard in order to fight poverty and most importantly to preserve and retain peace in the country.

The prevalence of peace guarantees economic, social, cultural as well as political progress. When there is peace, democracy and good governance flourishes. It is very clear that peace is extremely significant for every positive progress humans can make. Yet, maintaining peace requires commitment because peace can slip away if people are not careful. Peace as precious as it is can easily be disturbed by anti-peace forces and can have dangerous consequences.

At times, various individuals or groups may come about with different personal agendas against the interests of the majority. These deviant agendas could then distort the collective achievements of peace-loving people. It is important therefore, that citizens always give their utmost value to peace.

The culture of tolerance, dialogue and rule of law are signs of a peaceful and civilized society. They are also the foundations of a healthy democracy.

These fundamental characteristics of a civilized society help narrow differences, strengthen healthy relationships and cooperation amongst the public at large. Most importantly, these characteristics also promote mutual respect and unity in diversity.

The Ethiopian people know the value of peace. It is because of peace that they are enjoying stability. They know very well that if they want to fight and get rid of poverty and underdevelopment, they need to live in peace. They can not afford to let the fruits of peace slip away. It is simply too precious to let it go. So why are those few people inside and abroad working very hard to deny the Ethiopian people peace?

Ethiopia has a constitution which is regarded as one of the best in the world. The important achievements of the Ethiopian people have been safeguarded by the Constitution which explicitly recognizes equality of the country’s Nations and Nationalities and Peoples.

Further, the Constitution creates unity in diversity and gives same status to over eighty-five ethic groups. The Constitution was drafted by the people for the peoples of the country under Proclamation No 1/1995, which pronounces the coming into effect of the constitution of the Federal Democratic Republic of Ethiopia.

The preamble of the Ethiopian Constitution states that: We, the nations, nationalities and peoples of Ethiopia: Strongly committed, in full and free exercise of our right to self-determination, to building a political community founded on the rule of law and capable of ensuring a lasting peace, guaranteeing a democratic order, and advancing our economic and social development; Firmly convinced that the fulfilment of this objective requires full respect of individual and people’s fundamental freedoms and rights, to live together on the basis of equality and without any sexual, religious or cultural discrimination;

Further convinced that by continuing to live with our rich and proud cultural legacies in territories we have long inhabited, have, through continuous interaction on various levels and forms of life, built up common interest and have also contributed to the emergence of a common outlook; Fully cognizant that our common destiny can best be served by rectifying historically unjust relationship and by further promoting our shared interest; Convinced that to live as one economic community is necessary in order to create sustainable and mutually supportive conditions for ensuring respect for our rights and freedoms and for the collective promotion of our interests; Determined to consolidate, as a lasting legacy, the peace and the prospect of a democratic order which our struggles and sacrifices have brought about; Have therefore adopted, on 8 December 1994 this Constitution through representatives we have duly elected for this purpose as an instrument that binds us in a mutual commitment to fulfil the objectives and the principles set forth above.

The issues of human rights comprises the major part of the Constitution. Accordingly, the protection of human and democratic rights is the number one priority of the government.

Therefore, international governmental and non-governmental organizations alike must not be misled and by few self-serving religious extremists, disillusioned members of the Diaspora and terrorists from within and abroad who like to continuously defame the country. Instead, they have to realize that democracy and human rights are alive in the country. Democracy and human rights are not matters of choice but of survival.

It is very important here to underscore the significant role that can be played by the Diaspora in promoting and advancing dialogue, tolerance and mechanisms of peaceful conflict resolution. As the majority of the diaspora mainly reside in countries with rich experiences in this regard, they are best suited to contribute their experiences to their country of origin.

They can play a significant role in promoting those values and norms to the society with less experience. In other words, contrary to advocating violence and other illegal activities in order to achieve personal, group or institutional goals, they must help in transferring those values to their country. The diaspora should primarily contribute to peace, stability and development rather than violence, anarchy and lawlessness.

Our country suffered because of prolonged conflicts and wars. The price our people paid as a result has been devastating. But that part of history is over.

Yet, one of the major problems the country faces today is intolerance. Some media outlets which are based out side of Ethiopia have been preaching and propagating violence. Also some governmental and non-governmental donor institutions have also been misguided by few noisy opposition groups and disillusioned self appointed human rights groups in their country.

I would like to ask: What sort of human rights do they preach? Do donor institutions have the right to advocate whatever they want? Should poor countries always give up their interests? When we follow donors’ interests, we get their full support and vice versa.

The 21st century invites us to think of the past and plan a future which brings about security to live in peace and happiness – a future which provides clean air and clean water, guarantees access to education to all, eliminates poverty and all weapons of mass-destruction, provides peace, tolerance and sustainable development and allows unity in diversity.

To achieve this, Ethiopians must develop the culture of religious tolerance and respect the rule of law. Further, the people both from within and the Diaspora must focus on development to improve the economic condition of the country. The global community must continue extending its economic and technical supports.

The Ethiopian people suffered enormously under the former brutal military regime for a very long time. They do not want to go back to that dreadful era.

They would never give up their hard fought values and norms. Nobody should doubt this fact. No party should be misled by few opposition propagandists form within and the Diaspora. Therefore, it is important that governmental and non-governmental organizations alike build confidence on the democratic process flourishing in Ethiopia and continue their cooperation and collaboration with the country.

It has been over twenty-five years since the Ethiopian people began to enjoy peace, democracy and the fruits of good governance. Their sole focus now is ensuring sustainable development to get rid of poverty. The country has been going on the right track since this government came to power. Most importantly, the people have been living in peace and harmony. Violence and anarchy is the order of past.

The people also realize that all the achievements they achieved can only be sustainable in the absence of violence. The Ethiopian people want to maintain and safeguard their development achievements which have been realized through prolonged struggle and immense sacrifice. They definitely do not have room to mercenaries who aspires to hold back this progress. The country’s progress in all aspects would never to be hijacked by religious extremists.