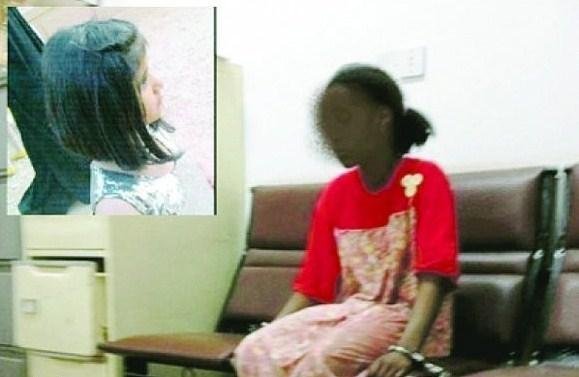 RIYADH (HAN) September 27.2016. Public Diplomacy & Regional Security News. BY:MOHAMMED RASOOLDEEN. An Ethiopian woman convicted of killing a Saudi child was executed on Monday, the Ministry of Interior said. In a statement, the ministry said Zamzam Abdullah Boreek was put to death after a trial court’s “guilty” verdict was affirmed by the higher courts.
The accused slashed the girl’s throat “and left her in the bathroom until she died,” the ministry said, without giving a motive for the crime or stating the Ethiopian’s occupation and when the murder happened. Many Ethiopians work as domestic helpers in the Kingdom.
In December 2013, a court also sentenced an Ethiopian woman, a housemaid, for murdering the six-year-old daughter of her Saudi employer. The court in Riyadh handed down the death verdict after the 26-year-old maid confessed to killing Lamis by slitting her throat with a kitchen knife. The maid told the court that she committed the crime because her employer maltreated her. Police arrested the maid just an hour after she killed the daughter in July of that same year and hid the corpse in the back garden of her employer’s house in Hota Bani Tamim, just south of Riyadh. Police said in July they found the maid armed with a cleaver, which she used to attack them before they overpowered her. The case is still under appeal.