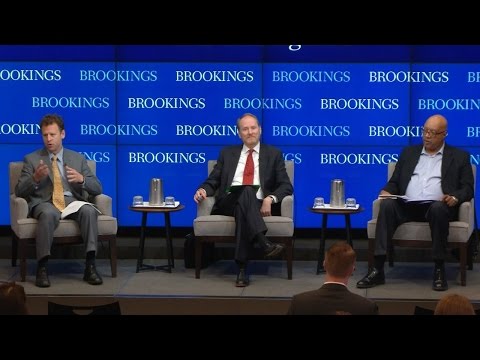 WASHINGTON (HAN) May 4. 2016. Public Diplomacy & Regional Security News. Is Ethiopia a rising star in Africa? By some measures, yes: As the second most-populous country on the continent (after Nigeria), it has achieved GDP growth rates above 10 percent for a decade. It is home to the African Union headquarters and a key U.S. ally in the fight against al-Shabab militants in Somalia and in counterterrorism efforts more broadly. In a region where sectarian and ethnic tensions have a tendency to flare up, Ethiopia has achieved remarkable social cohesion. All this, after suffering decades of conflict, drought, famine, and poverty, among other challenges.

At the same time, the government—led by the Ethiopian People’s Revolutionary Democratic Front (EPRDF) coalition since 1991—has been criticized for cracking down on free speech, the press, and critics. And while Ethiopia is unlikely to re-experience famine, an ongoing drought there remains a major concern.

These and other issues were the topics of conversation at a recent Brookings event, hosted by the Africa Security Initiative. Brookings Senior Fellow and Co-Director of the Center for 21st Century Security and Intelligence Michael O’Hanlon opened the conversation by commenting that while we don’t always hear a lot about Ethiopia in the West—often drowned out by troubling developments in Somalia, Nigeria, and the Great Lakes region—it is “one of the most important countries on the continent by almost any measure.” As Africa’s oldest independent country, it has a unique history—and along with it, a unique set of assets and challenges.

Terrence Lyons, associate professor in the School for Conflict Analysis and Resolution at George Mason University, acknowledged that Ethiopia is a “tough story” domestically—with a powerful single party that won 100 percent of seats in Parliament in the last election, the Ethiopian government has its share of authoritarian tendencies. At the same time, the governing EPRDF coalition has managed a series of tough political crises (not necessarily through democratic means, he said in response to a question from the audience), and the economy has grown at an incredible pace for the last decade. That said, growth will slow eventually, meaning the government will have fewer resources and jobs to distribute—that will require deft management down the road.

While there is generally peaceful coexistence between Muslims and Christians in the country, government crackdowns have at times exacerbated tensions: Last August, for example, a group of 18 Muslims was jailed under controversial anti-terrorism laws after protesting against the government three years ago. A recent plan to expand the capital of Addis Ababa into a region occupied by the Oromo people also fueled tensions, as did a cross-border cattle raidthis month in which 200 people died and 100 children were kidnapped.

Abye Assefa, associate professor at St. Lawrence University, highlighted Ethiopia’s ethnic and religious diversity: The largest ethnic group in the country, Oromo people, comprise about 35 percent of the population, with the rest divided among a variety of ethnic groups; and Ethiopians are roughly two-thirds Christian and one-third Muslim. In spite of this diversity, Abye said that there is a strong sense of an Ethiopian identity—a product, he contended, of its rich civilizational history. The central government has implemented a system of ethnic federalism that has worked well, in his view—though he acknowledged that there’s debate over whether to push for closer unification in the country or allow for further devolution. Related are challenges regarding land: While land is in some sense treated as a public good (the government owns much of it), it is also leased to private investors. Is land a commodity in Ethiopia? It’s not clear, and that’s the source of some social, economic, and political tensions.

On democracy and governance issues, Assefa expressed that while the government has its shortcomings (including the lack of an independent judiciary, among others), Ethiopian media and civil society aren’t always engaged in constructive dialogue themselves (it can be “open warfare,” he said). Across Ethiopian political culture, Assefa said, there is a “my way or the highway”-type attitude, which he argued is not constructive for improving politics. Lyons, in response, pointed out that Ethiopia will be brittle as long as it restricts free expression—a more vibrant society will strengthen Ethiopia as it continues to face new stresses.

Lyons also highlighted the severity of Ethiopia’s drought, with about 10 million people currently in need of food assistance. That said, the government has moved efficiently to respond to citizens’ needs to date, and there is no evidence that this drought will bring famine, as occurred in Ethiopia in the 1980s.

Lyons called Ethiopia an “irreplaceable center of gravity” for the Horn of Africa. Possessing the most effective military in the region, he said that whether the region is stable or unstable depends largely on Ethiopia. Ethiopian troops are deeply involved in peace operations in Somalia and its officials are key to ongoing peace talks in South Sudan. Meanwhile, Ethiopia is home to refugees from throughout the neighborhood, particularly Somalia, Eritrea, and South Sudan.

Assefa stressed that Ethiopia is a remarkably safe place itself, in the context of its neighborhood. He added that rather than use terms like “failed state”—which in his view is a way for international actors to delegitimize certain states—we should examine how states operate within their international environment.

All the panelists agreed that there are good reasons for Ethiopia to cooperate with the United States on security issues.