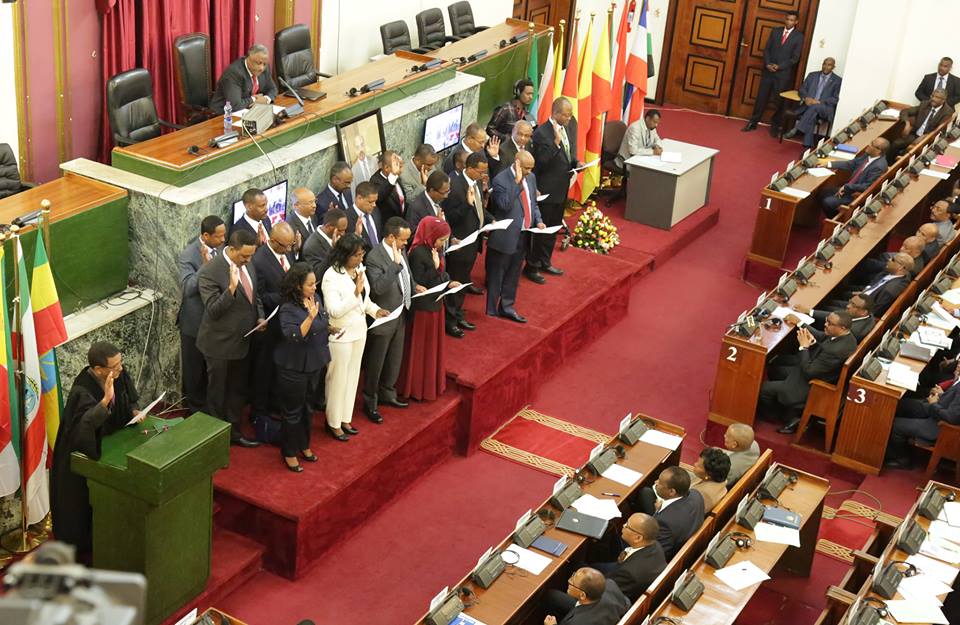 The changes come hot on the heels of a series of anti government protests around the country, in which several lives were lost.

Mr Hailemariam made changes in 21 ministries, out of the total 30.

Though the majority of the appointees were already in the party and government, the PM introduced a few new faces.

He brought on board scholars, including Prof Fikadu Beyene for Livestock and Fishery, and Dr Sileshi Bekele for Irrigation and Electricity.

Mr Hailemariam said the challenges facing the country included sophisticated issues, hence the need for scholars in the Cabinet.

Only one deputy PM was retained as provided for in the constitution.