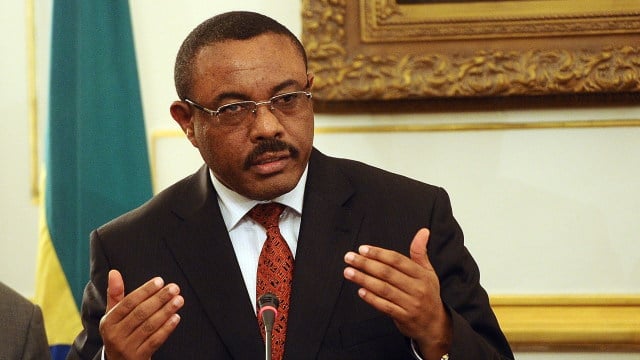 Ethiopia’s Prime Minister Hailemariam Desalegn touched down this morning at Juba International Airport on a visit to meet with the president, vice president and parliament members.

Hailemariam is one of the guarantors of the peace deal signed last year and his former foreign minister Seyoum Mesfin was the chief mediator of the deal.

The Ethiopian leader was received at the airport by the First Vice President Taban Deng Gai, Foreign Minister Deng Alor, and Cabinet Minister Martin Elia among other government officials.

He is expected to meet President Salva Kiir at state house, and with the vice president, and then will proceed to parliament where he will address the Transitional National Assembly.

After his address he is expected to proceed back to the state house known as J1 where he will sign a memorandum of understanding and issue a joint communique with the South Sudanese government.