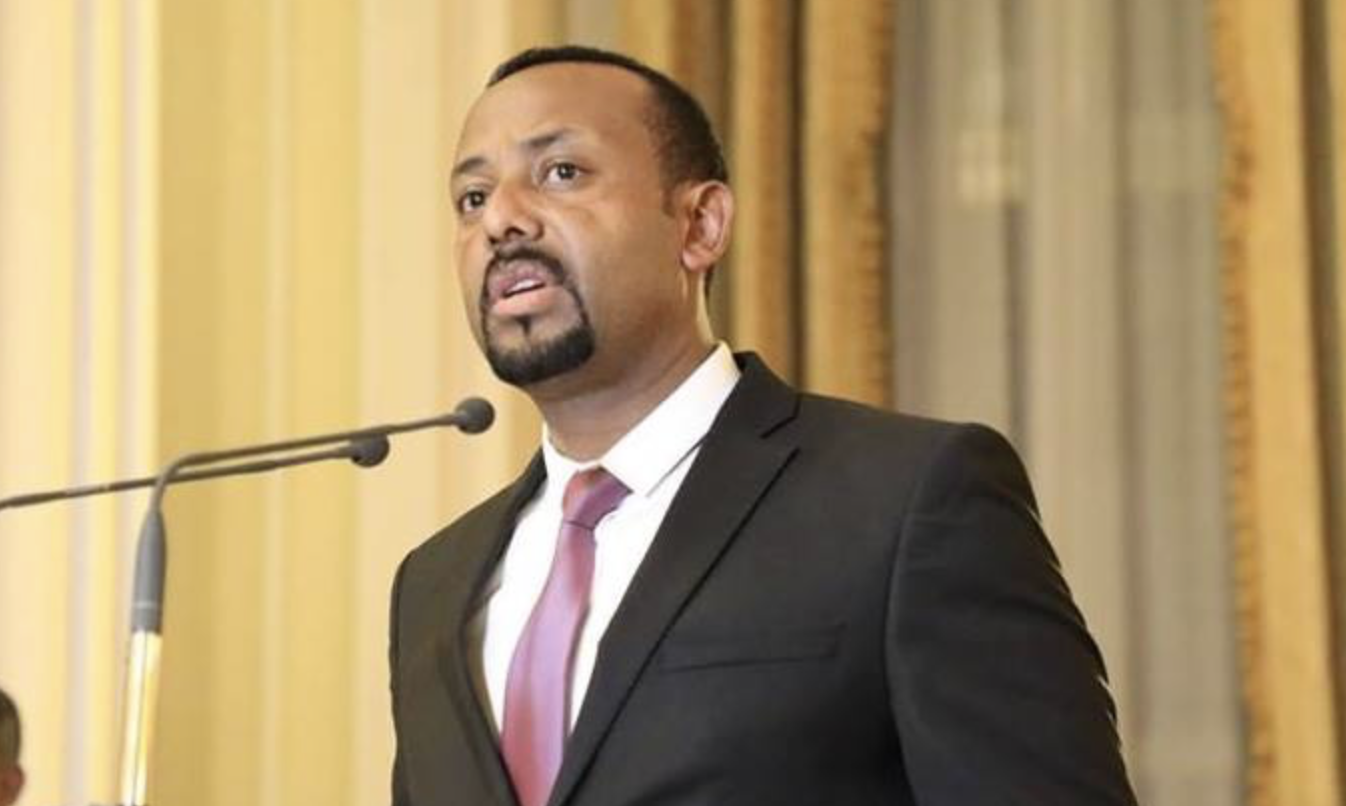 The Nobel Peace Prize is arguably the most prestigious prize in the world. It is awarded annually by the Norwegian Nobel Committee to persons or organizations for their efforts and actions for the promotion of peace. The prize is political by nature and, as such, often met with controversy, both regarding the individual laureates and the committee’s interpretation of Alfred Nobel’s will.

Based on their professional assessments, PRIO Directors have made it a tradition to offer their personal shortlists for the Peace Prize. Current director Henrik Urdal presents here his third list since taking up the position of director in 2017.

The Norwegian Nobel Committee  bases its decision on valid nominations received by the 31 January deadline.  Anyone can be nominated (and history has indeed presented us with a few rather dubious nominees, including Hitler), but the right to nominate  is reserved for members of national assemblies and governments, current and former members of the Committee, Peace Prize laureates, professors of certain disciplines, directors of peace research and foreign policy institutes, and members of international courts. The five committee members have until their first meeting after the deadline to add nominations of their own. Urdal abstains from using his right to nominate given his active role in commenting on the prize. He has no association with the Nobel Institute or the Norwegian Nobel Committee. Read more here.

The laureate will be announced, as per usual, on the Friday of the first full week of October.

Following the shortlist, you will also find a list of known nominations.

As one of his first major actions after taking office in April 2018, Ethiopian Prime Minister Abiy Ahmed took steps to formally end the conflict with Eritrea, handing over the disputed border city of Badme and signing a “Joint Declaration of Peace and Friendship” on 9 July 2018 with his Eritrean counterpart Isaias Afwerki. In a similarly bold move, Abiy has engaged in dialogue with the many armed, regional Ethiopian opposition groups, succeeding in persuading the Oromo Liberation Front to commit to peaceful participation in the political process.

Progressive reforms following his rise to power include constitutional and security sector reforms, lifting the state of emergency, pardoning political prisoners, and establishing a ministry for peace. Himself of mixed Oromo and Amhara heritage, his mother being an Orthodox Christian and his father a Muslim, Abiy appointed a cabinet demonstrating a rare sensitivity to political inclusion. The president and half of the ministers are women, including a female minister of defense, and all major ethnic and religious groups are represented.

Ethiopia is amongst the countries ranked near the bottom of the Human Development Index, and Abiy’s ambitious program for economic and social reform arguably represents a broader, long-term conflict prevention agenda. Similarly, his initiatives to boost economic collaboration and trade in the region, including agreements securing Ethiopian access to ports in neighboring Djibouti, Sudan, Somaliland, and Kenya, bring hope for a more stable and prosperous development for the whole of the Horn of Africa.

Despite having initiated democratic reforms, Abiy Ahmed has yet to bring about free and fair elections in Ethiopia. In what is still effectively a one-party state, the country ranks below 150 on the V-Dem Liberal Democracy index. While there is precedent for the award of Nobel prizes for contributions to peace processes still underway, the absence of a committed and concrete plan for free and fair elections remains the most serious hurdle to a 2019 peace prize for Abiy.

A possible co-winner could be Eritrea’s president Isaias Afwerki, in acknowledgement of the peace agreement finally resolving the Eritrean-Ethiopian War.

Independent reporting and press freedom have not yet been the focus of the Nobel Peace Prize. Reporters all over the world are putting their own safety at risk to provide information from the most devastating conflicts and repressive regimes. A prize emphasizing the importance of providing reliable information from theaters of conflict around the world would be a prize for holding those engaged in conflict accountable. It would also acknowledge the importance of independent information gathering in enabling governments to make good decisions in crises and conflicts. Misinformation in wars abounds and increasing concerns over “fake news” only make the need for reliable, quality reporting stronger.

Reporters Without Borders (RSF) is an international watchdog group based in France, whose goal is to preserve media freedom and freedom of expression by protecting journalists and highlighting injustices and threats toward them. The organization has recently spoken out against the sentencing of Reuters reporters Wa Lone and Kyaw Soe Oo following their reporting of atrocities against the Rohingyas in Myanmar. These reporters themselves would also be worthy candidates. A win for RSF would be well-deserved and represent the work of journalists everywhere who dedicate their lives to report on these important issues.

Similarly, a Nobel Peace Prize for the Committee to Protect Journalists (CPJ) would send a message to the international community about journalism and free speech. The CPJ, like RSF, is a watchdog group that compiles data on journalists who have been attacked or killed, and advocates for journalists in crisis. Other candidates in this category are Can Dündar and the Cumhuriyetnewspaper, which were both on the 2017 PRIO shortlist. Dündar was the editor-in-chief of Cumhuriyet until mid-2016, when he was forced to go into exile. One of Turkey’s oldest newspapers and a steadfast secular and republican-leaning publication, Cumhuriyet has been renowned for its independent reporting and fearlessness in criticizing the authorities – underscored by its receipt of the 2015 Freedom of the Press Prize by RSF for taking a stand against mounting government pressure.

Founded in 1989, the Arctic Council focuses on environmental protection and sustainable development in the Arctic. Though the council’s guidelines and recommendations are non-binding, it represents an important meeting point for Arctic states and Arctic indigenous groups in matters pertaining to the sustainable use of resources in the region.

Facilitating regional cooperation and coordination based on the exchange of scientific evidence, the organization remains an important arena for collaboration between Russia, the US, and other Western states at a time when relations between them have become increasingly strained. The topic of Arctic issues will only become more relevant, with climate change representing both threats to the environment and communities in the Arctic, but also opportunities for increased resource access that require collaboration to be managed peacefully and sustainably.

While a Nobel peace prize for the Arctic Council would be unconventional, in that the organization’s mandate does not cover conventional security issues and conflict resolution, it would underscore the importance of increased collaboration and dialogue around vital regional interests and shared resources as a broader effort to enhance Arctic security.

In a situation with increasing concerns over global polarization, the award of a peace prize to the Arctic Council would signal the need for a strengthened commitment to collaboration through multilateral institutions in order to address the world’s most pressing issues.

The recent joint World Bank and UN report, Pathways for Peace , emphasizes conflict prevention strategies as key to avoiding violent conflict and improving social and economic development. Notably, the report acknowledges the need for inclusive approaches to prevention, calling for grave inequalities in power, resources and outcomes to be called out and rectified.

Inequality in access to land is cited in the report as a key area of contestation. Land is essential to livelihoods and economic outcomes, but also a major source of communal well-being and identity. Inequality in land use and access can cause the outbreak of violence, intensify existing animosities during conflict, or cause tensions in post-conflict societies between returnees and current occupiers of the land.

One of the major organizations working for sustainable land reform is the International Land Coalition (ILC). With 206 organizations from 64 countries, including intergovernmental organizations like the World Bank and the UNEP, the ILC’s mission is to connect groups around the world, build capacity, and influence decision makers. Within the coalition’s overarching strategy to address land inequality, it has recently called for a special focus on women’s access to land.

A prize to the ILC would acknowledge the importance of a renewed agenda for conflict prevention through the reduction of grave inequalities.

Few issues have dominated the political agenda in recent years like the global refugee crisis. According to the Office of the United Nations High Commissioner for Refugees (UNHCR), we are witnessing unprecedented levels of displacement – a near doubling in less than 20 years. Over 65 million people are now forcibly displaced worldwide. Over 25 million of these are refugees, and 10 million are stateless.

The global community has struggled to come up with a coherent way of dealing with the issue whenever large groups of refugees are on the move. European states have responded by tightening access, whilst the Trump administration has drastically reduced the US refugee program and introduced a travel ban for citizens of certain countries.

In this situation, the UNHCR has shown its capacity and integrity in standing up for refugees’ rights and needs time and time again. They are working tirelessly to mend the consequences of war in major conflict theaters such as Syria, Afghanistan and South Sudan. Filippo Grandi, who has decades of experience working with refugees, including as the Commissioner-General of the UN Relief and Works Agency for Palestine Refugees in the Near East (UNRWA), has used his office to speak out for the Rohingyas in the Rakhine province in Myanmar, urging the de facto head of state in Myanmar, Aung-San Suu Kyi, to act on the situation.

Refugees need a voice, and there is none better suited to provide it than Filippo Grandi and the UNHCR. Although the office has already received two Nobel Peace Prizes (in 1954 and again in 1981), it should be considered a strong and viable candidate once again.

Other candidates in this category are the World Food Programme, for their effort to feed displaced populations across several continents; the SOS Méditerranée and Doctors Without Borders (MSF), co-operating to run the Aquarius, one of the few ships still running rescue operations in the Mediterranean; and the International Rescue Committee (IRC) for providing emergency healthcare to refugees and other migrants in Libya.

Nominations for the 2019 Nobel Peace Prize

The list below is based on publicly available information, from the press, the web, or provided to us directly. It is almost certainly far from exhaustive, as the Nobel Committee receives more than 200 nominations every year. Moreover, although we do undertake a minimum of quality assurance, the list is by no means certain. Nominators are asked not to disclose their nominations, and the committee’s proceedings are kept secret for 50 years. Consequently, we cannot vouch for a nomination actually having been received, nor whether the committee has accepted it. Provided that the nominator fulfills the criteria , any person or organization may be nominated regardless of objective standing (the nominations of Hitler and Stalin being cases in point). The committee may also add names to the list themselves in advance of their first meeting after the deadline. The committee base their final selection on specifications in Alfred Nobel’s will , their interpretation of which is disputed by the Nobel Peace Prize Watch . The NPPW usually keep their own list of nominations deemed qualified according to their reading of the will.