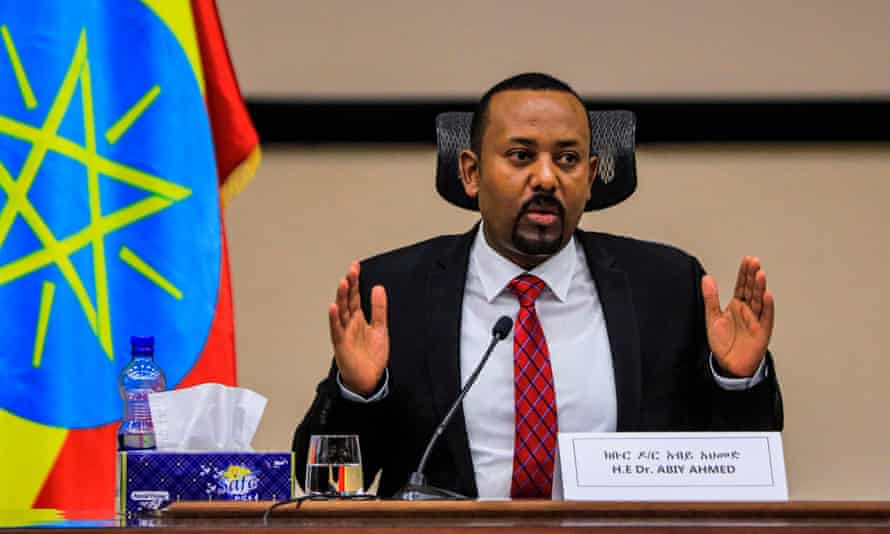 At the same time, Prime Minister Abiy Ahmed urged the untold hundreds of thousands of ethnic Tigrayans who have fled their communities over the past four months of fighting to return to their homes within a week and resume “normal lives.” Abiy’s notice alleges that some civilians took up arms, perhaps under threat of force, but said they “are not the main culprits.”

The new warning came as people described seeing a larger presence of Ethiopian forces on the way to the place that Tigrayans have used to flee the region, the border crossing into the remote town of Hamdayet in Sudan. Ethiopian and allied forces for months have allegedly blocked people from crossing, though more than 60,000 have made it into Sudan.

Abiy’s new statement does not say what exactly will happen if Tigray’s fugitive political and military leaders do not turn themselves in. It reminds them to “do their part by learning from the devastation and damage so far” and preventing further bloodshed.

No one knows how many thousands of civilians or combatants have been killed since months of political tensions between Abiy’s government and the Tigray leaders who once dominated Ethiopia’s government exploded in November into war. The region remains largely cut off from the world, with few journalists allowed in, and only now are steps being taken to allow the United Nations human rights office into Tigray to help investigate allegations of atrocities.

Meanwhile, civilians have suffered. Witnesses in Hamdayet and elsewhere have told The Associated Press of widespread killing and looting by soldiers from neighbouring Eritrea, a long-time Tigray enemy which is accused of teaming up with Ethiopia in the conflict. Ethiopia’s government has denied their presence.

Witnesses also have described being stripped of possessions and forced from their homes by forces from the neighbouring Amhara region, another ally of the Ethiopian government in the war.

For the refugees in Hamdayet, there is little hope of going home or even having one to return to, no matter what the prime minister is now urging.

“There is no point in going back,” 58-year-old Belaynesh Beyene told the AP as her children and grandson sheltered in a makeshift house of rough straw to keep out the dust.

Their home in the Tigray region’s Dansha community has been taken over by members of an Amhara youth militia, she said, and when she spoke with friends this week, they said they were leaving too, weary of the death threats against Tigrayans.

Ethiopia’s government has bristled at allegations of ethnic cleansing, including by the United States government, and denied them. But witnesses and humanitarian workers have described scenes where Ethiopian federal authorities are hardly present or stand by, watching, as Tigrayans are targeted.

To make her way to Sudan safely, Belaynesh said, she hid her ethnic Tigrayan identity by speaking Amharic.

“I don’t know why they’re doing this,” she said of Ethiopia and its allies. “It’s a nightmare.”