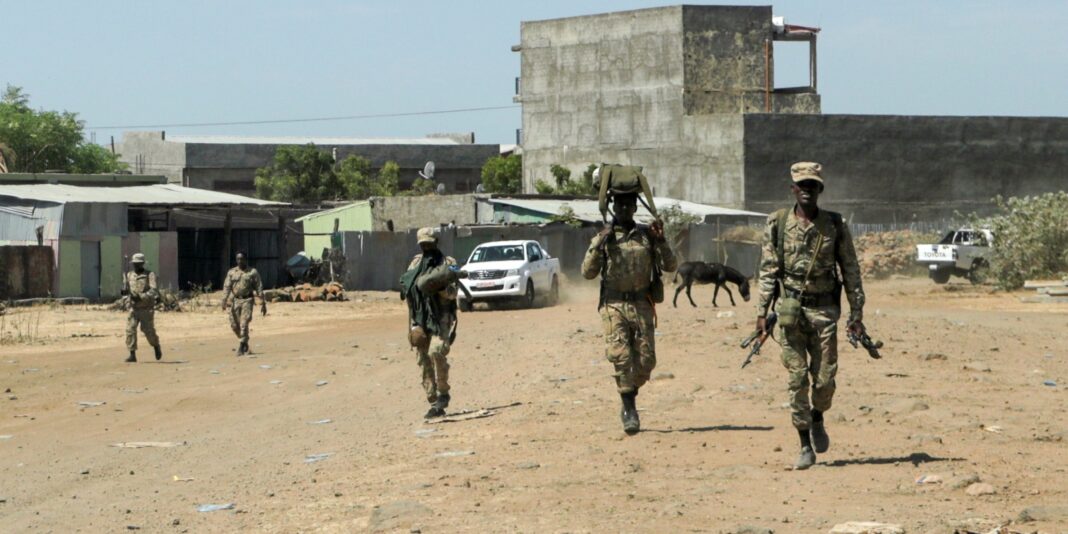 On Wednesday, the country’s human rights commission said gunmen killed more than 100 people in a dawn attack in the village of Bekoji, Benishangul-Gumuz.

Earlier on Thursday, Ethiopia’s Prime Minister Abiy Ahmed said forces were deployed to the region, an area which has seen regular ethnic violence.

“The massacre of civilians in Benishangul-Gumuz region is very tragic,” Abiy said on Twitter. “The government, to solve the root causes of the problem, has deployed a necessary force.”

Belay Wajera, a farmer in the western town of Bulen, told Reuters news agency he counted 82 bodies in a field near his home after Wednesday’s attack.

He and his family awoke to the sound of gunshots and ran out of their home as men shouted “catch them”, he said.

He said his wife and five children were shot dead. He was also hit by a bullet while four other children escaped and are now missing.

Another resident of the town, Hassen Yimama, said armed men stormed the area at about 6am local time (03:00 GMT). He grabbed his own weapon but attackers shot him in the stomach.

Abiy and senior officials had visited the region on Tuesday to call for calm after multiple deadly attacks in recent months, such as a November 14 assault in which gunmen targeted a bus and killed 34 people.

“We have been hearing this for more than a month now. The ethnic conflict in Ethiopia has been regular and there has to be a comprehensive solution as we have seen they are not going to be contained by command like the government has attempted to do in the past,” Ethiopian researcher and lawyer Mastewal Taddese told Al Jazeera.

Amnesty International, which spoke with five survivors, said members of the ethnic Gumuz community attacked the homes of ethnic Amhara, Oromo and Shinasha people, setting them on fire and stabbing and shooting residents.

The Gumuz see minorities as “settlers”, the rights group said, adding that dozens of people are still unaccounted for.

Africa’s second most populous nation has been wrestling with outbreaks of deadly violence since Abiy took office in 2018 and accelerated democratic and economic reforms that have loosened the state’s iron grip on regional rivalries.

In a separate part of the country, Ethiopia’s military has been fighting rebels in the northern Tigray region for more than six weeks in a conflict that has displaced close to 950,000 people. The deployment of federal troops there has led to fears of a security vacuum in other restive regions.