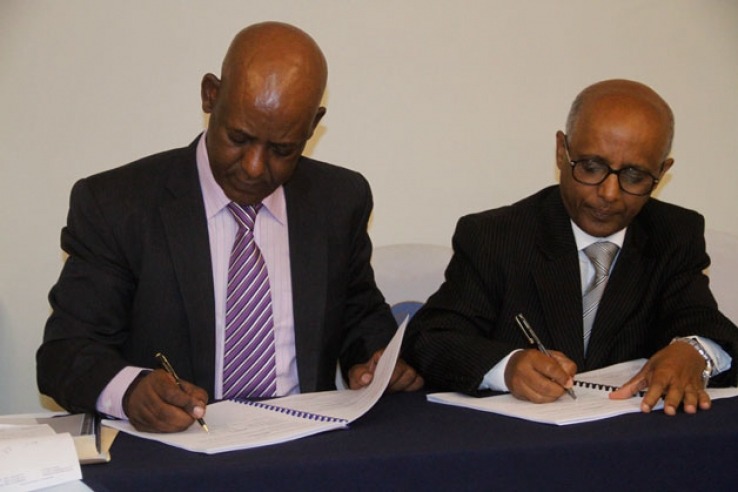 The insurers, through their association, also hired a local consultancy firm that is tasked to conduct the organizational setup and other studies in six months.

The Association of Ethiopian Insurers (AEI) took the initiative to form a reinsurance firm by its members numbering 13.

“After exerting an effort for about a year, the insurance companies in the association have reached at an agreement to establish a reinsurance firm whose prepaid capital would be one billion birr,” Kiros Jiranie, President of AEI and CEO of African Insurance SC, briefed journalists on Wednesday.

The NBE directive states that shareholders of a reinsurance company cannot hold more than five percent of the subscribed capital. However, the federal government of Ethiopia and public enterprises fully owned by the state are exempt from such restrictions as they can own more than the five percent threshold.

The remaining amount of the subscribed capital, which is around 340 million birr, for the national reinsurance company to be set up will be subscribed by state enterprises and the public, according to kiros.

“Currently, the association has obtained prior permit from the National Bank of Ethiopia and has opened a closed account in which subscribers can deposit their share,” Kiros said.

Kiros, also chairman of the organizing committee, signed an agreement with Diligence Consultancy Service PLC, which will be tasked to conduct the organizational setup including detailed feasibility study, organizational policy, procedural manual and human staffing within six months.

“We are proud to consult the establishment of the first Ethiopian reinsurance company and we have internationally recognized and experienced experts to do the job,” Tewdros Tilahun, general manger of Diligence Consultancy Service, said during the signing ceremony.

Establishing a national reinsurance company aims at promoting financial resource mobilization and reducing costs related to cross border reinsurance transactions. It is aimed at enhancing underwriting capacity and solvency of direct insurers by providing technical support and cover against accumulated and catastrophic losses, according to the directive. thereporterethiopia