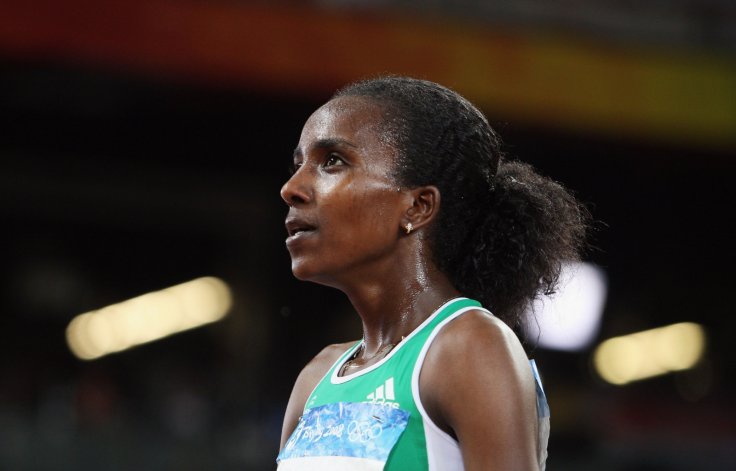 ADDIS ABABA (HAN) August 1.2016. Public Diplomacy & Regional Security News. Football has the Charlton brothers, tennis has the Williams sisters – but athletics has something even more impressive. The Dibabas are the fastest family in the world, and they’re set to make another splash in Rio de Janeiro this summer.

The superhuman-like gene pool is best represented by Tirunesh Dibaba, the fourth of six children and a three-time Olympic gold medallist. The 31-year-old Ethiopian’s older sister, Ejegayehu, won the silver medal in the 10,000m at the 2004 Summer Olympics. Genzebe, her younger sister, won the junior race at the 2008 World Cross Country Championships, while her brother Dejene has been flagged up as a potential star of the future.

Tirunesh was born in the small town of Bekoji and didn’t turn her hand to athletics until the relatively late age of 14, a surprise for one raised in the running-mad country of Ethiopia. Subsequently, she was raised in the high-altitude Arsi Province, but since 2000, has lived in in the capital, Addis Ababa.

Despite her late start in the sport, Tirunesh’s talent was immediately apparent and she earned a fifth-placed finish at her first fully-international outdoor track event, the 2001 IAAF World Cross Country Championships. She was only 15 and was clearly destined for great things.

2003 transpired to be a landmark year for one of the world’s most exciting long-distance running talents, as she won the 5,000m silver medal at the 2003 Afro-Asian Games and also pocketed the gold medal in the 5,000m World Championships in Paris. In the process, the teenager became the youngest athlete ever to win an individual gold medal at the World Championships, having been a virtual unknown outside her own country before the event began.

That result meant that Tirunesh entered the 2004 Athens Olympics as one of the favourites for the gold medal in the 5,000m. Ultimately, she was forced to settle for a bronze, as she was beaten by Meseret Defar of Ethiopia and Isabella Ochichi of Kenya. However, that result meant that, at 19, she became the youngest ever medalilst for Ethiopia at the Games.

By now, it was apparent that Tirunesh was the woman to beat over the 5,000m and 10,000m metres in the years ahead. As if to underline her burgeoning reputation, the Ethiopian star won the coveted double at the 2005 World Championships in Helsinki, Finland, as well as the 10,000m gold in Osaka, Japan, two years later.

So, by the time the Olympic Games in Beijing rolled around, Tirunesh was primed for gold in the iconic Bird’s Nest Stadium. She didn’t disappoint. She won the 5,000m and 10,000m double, and although her achievements were largely overshadowed by the exploits of Michael Phelps and Usain Bolt, she still established herself as one of the stars of the Games. There was more to come, too.

First, however, Tirunesh was forced to endure a couple of injury-hit seasons that left many fans and rivals wondering whether she could recapture her best form; she could. At the London Olympics in 2012, the Ethiopian sealed her place alongside other long-distance greats, such as Emil Zatopek, Haile Gebrselassie and Kenenisa Bekele, by winning gold in the 10,000m, and another bronze in the 5,000m.

Now, Tirunesh – who is married to 2004 and 2008 Olympic 10,000 metre silver medallist Sileshi Sihine – is targeting even more glory at the Rio Games this summer. The mother of one is attempting to become the first athlete to win three gold medals over 10,000m. As Tirunesh has proven, she has certainly got the pedigree to do pull it off.