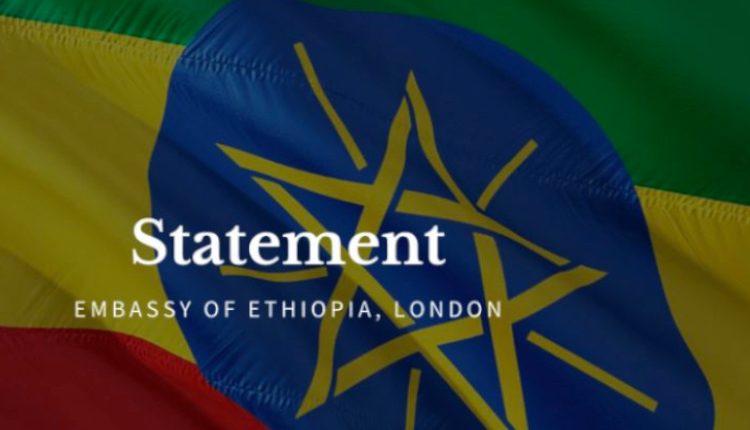 ADDIS ABABA (HAN) March 19. 2021. Public Diplomacy and Regional Stability Initiatives News. Monitoring Regional Issues. Embassy of Ethiopia in London has issued a statement regarding the story made by Channel 4 News on sexual violence against women in Tigray region. The statement reads:

The Embassy remains deeply concerned by allegations of the use of rape as an instrument of war. The Government maintains a zero-tolerance policy towards rape and sexual violence, which constitute grave violations of human rights, and is treating these allegations with the utmost seriousness.

Since the law enforcement operation began, the Government of Ethiopia has taken concrete steps to address any human rights abuses that have occurred within the context of the conflict triggered by the TPLF and has made its position unequivocally clear concerning human rights violations committed in the Tigray Region.

In line with the Government’s commitment to uphold the rule of law and bring to account any perpetrators of these crimes, special taskforces have been deployed to Tigray, in recent weeks, to carry out investigations on the ground aimed at establishing the facts. Furthermore, the Ethiopian Human Rights Commission, an independent body, has also been investigating in the Region and has routinely been releasing its findings.

All women and girls across Ethiopia should be able to feel safe in their homes, free from fear of all forms of violence and abuse. We would like to reassure Ethiopians, the international community, and development partners that the Government of Ethiopia is committed to enabling a stable and peaceful country in which the rights of women and girls are protected, and the rule of law is ensured.

Any serious violations committed against citizens will be thoroughly investigated, and the Government will spare no effort in bringing the perpetrators of crimes against humanity and crimes against the State to justice