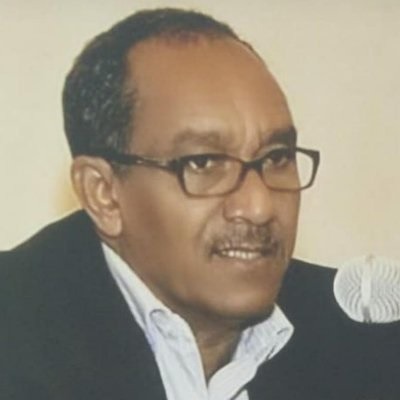 My name is Berhane Kidanemariam. I have proudly served my country, Ethiopia, for decades at varying levels of public service. Prior to my current post, it was my great privilege to serve as Consul General of the Ethiopian Mission in Los Angeles. Currently, I am serving as the Deputy Chief of Mission to the United States at the Ethiopian Embassy in Washington, D.C.

Throughout my career, I have always been honest with government and party officials about concerns I have had with the direction of the country. I have suffered consequences, including being excluded from certain political affiliations, because of my differing views. Despite these challenges, I have always tried to put what I believe is best for my country above my political interests. I have long desired for Ethiopia to make the necessary reforms to ensure peace and prosperity for all its citizens.

However, instead of fulfilling his initial promise, he has led Ethiopia down a dark path toward destruction and disintegration. Like so many others who thought the Prime Minister had the potential to lead Ethiopia to a bright future, I am filled with despair and anguish at the direction he is taking our country.

Instead of solving conflicts through dialogue, the Prime Minister has chosen to solve ideological and political differences by abusing the judicial system and using the military to suppress opposition to his rule.

Instead of increasing press freedoms, journalists have been arrested, assaulted, and assassinated.

Instead of leading a promised transition to democracy, elections have been repeatedly postponed; political leaders have been arrested on false charges; and opposition parties have been debarred and deregistered from participating in the electoral process. Major parties like the Oromo Liberation Front and the Oromo Federal Congress have withdrawn from the upcoming sham elections because the government has jailed their leaders without cause and shut down their party offices.

Some of the most disturbing events of Abiy’s tenure have been the killings of major political and civic figures. These include the assassination of Simegnew Bekele, the passionate project manager of the Grand Ethiopian Renaissance Dam; the murder of the Ethiopian Army Chief of Staff, General Se’are Mekonnen and his friend, General Gezae Aberra; the assassination of Dr. Ambachew Mekonnen and other leaders of the Amhara region; and the killing of the popular Oromo singer Hachalu Hundessa, which was immediately followed by the arrests of political leaders like Jawar Mohamed, Bekele Gerba, Lidetu Ayalew, and Yilikal Getnet, among many others. These assassinations all remain troubling mysteries in Ethiopia, and the true perpetrators have never been brought to justice.

On top of these issues, the continuous repression and killings in Oromia, the breakdown of law and order in the Amhara region, the violence in Metekel, and military conflict with Sudan signal a perilous future for Ethiopia under current leadership.

The most urgent crisis in Ethiopia, however, is the ongoing war in Tigray. In November 2020, the Ethiopian government launched a war on Tigray for the supposed purpose of a “law enforcement operation”. The government used its full military power, including ground and air assaults, against the Tigray region. Moreover, the government invited foreign forces from Eritrea and the United Arab Emirates (with the use of drone warfare) to attack its own people.

Tigray’s infrastructure has been completely and intentionally destroyed. Soldiers are systematically raping women and young girls. Hundreds of thousands of people are being displaced, killed, and deliberately starved.

While all of this is happening, the Ethiopian government is intensifying its campaign of lies and deceit by denying the presence of foreign powers, denying atrocities being committed against the people of Tigray, denying all the crimes it is responsible for while the whole world bears witness.

In the rest of Ethiopia, thousands of ethnic Tigrayans have been fired from their jobs, harassed, assaulted, and arrested. I call on the Ethiopian government leadership and its followers to stop these attacks on Tigrayans based on their identity and to stop the witch-hunt that is taking place against Tigrayans in Ethiopia and in the diaspora.

One of the ironies of a prime minister who came to office promising unity is that he has deliberately exacerbated hatred between different groups. By using Amhara militias to attack Tigray, the government has tried to ensure further animosity between Amharas and Tigrayans. By involving Eritrea in this war and allowing its military to commit atrocities and wanton destruction of Tigray, the Prime Minister has deliberately tried to increase enmity between ordinary Tigrayans and Eritreans. I urge all peace-loving Ethiopians and Eritreans to completely reject this strategy.

In addition to the abuses and killings of Tigrayan civilians, another tragic aspect of this war is the pointless deaths of thousands of Ethiopian army recruits and Eritrean conscripts for a cause they do not even understand. This self-destructive war has severely damaged Ethiopia’s economy, its productive capacity, and the military’s ability to provide security for the rest of the country. The government’s recklessness has not only damaged peace and order for Ethiopia, but it risks destabilizing the entire Horn of Africa as well.

Now, more than ever, there is a need for national political dialogue in order to salvage the last vestiges of the imploding Ethiopian state. Therefore, the government must release all political prisoners and bring all Ethiopian political groups together for an inclusive national dialogue to solve the problems the country faces.

The government must allow an independent, U.N.-led investigation into all areas of Tigray. As the government is a party to this conflict, it is in no position to investigate itself through its so-called Ethiopian Human Rights Commission, which serves as nothing but a fig leaf to the international community while the government pursues its crimes with impunity.

Healing will only come to Tigray, and the rest of Ethiopia, when the government demands invading forces leave and ends this war, when there is a credible investigation into all the crimes committed, and when there is accountability for the perpetrators and justice for the victims.

I have loved serving as a diplomat for my country but I cannot do so at the expense of my values, and certainly not at the expense of my people. There is a cost to acting on one’s principles, but there is a bigger cost to abandoning them. I resign from my post in protest of the genocidal war in Tigray, and in protest of all the repression and destruction the government is inflicting on the rest of Ethiopia.

I hope all Ethiopians will join me in raising our voices to oppose the disastrous policies of this government. Despite all of its problems, I believe there is still hope for our country. We must stop viewing compromise as weakness. We must stop continuously seeking to dominate and annihilate our opponents. This will lead to nothing but our mutual destruction. We must learn to forgive each other so that we can live together. Ethiopia will only prevail if we choose the path of dialogue, understanding, and reconciliation.