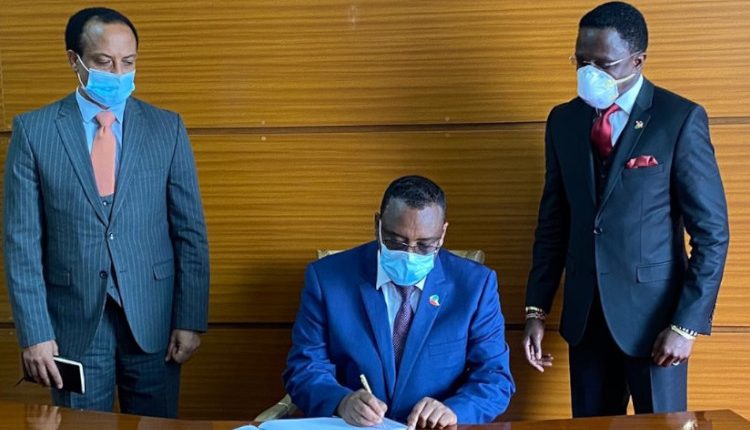 Addis Ababa, November 16, 2020 – The Foreign Affairs Minister and Deputy Prime Minister of Ethiopia, Demeke Mekonnen and his delegation has arrived in Nairobi, Kenya this afternoon, according to Ethiopian Embassy in Kenya.

Foreign Affairs Minister and Deputy Premier Demeke Mekonnen and his delegation is expected to discuss with Kenyan President Uhuru Kenyata on current situation in Ethiopia pertaining to government’s law enforcement measures against the TPLF Junta to ensure law and order in the country.

Ethiopia has been undertaking military operation against the TPLF Junta which brutally attacked the National Defence Force in order to bring members of the gang to justice thereby ensure rule of law and maintain constructional order.

The delegation led by the Foreign Affairs Minister and Deputy Prime Minister, Demeke Mekonnen is officially traveling to countries of the region and meeting to notify them that the law enforcement measures Ethiopia is taking against the TPLF Junta a domestic issue aimed to bring perpetrators to justice and safeguard peace.