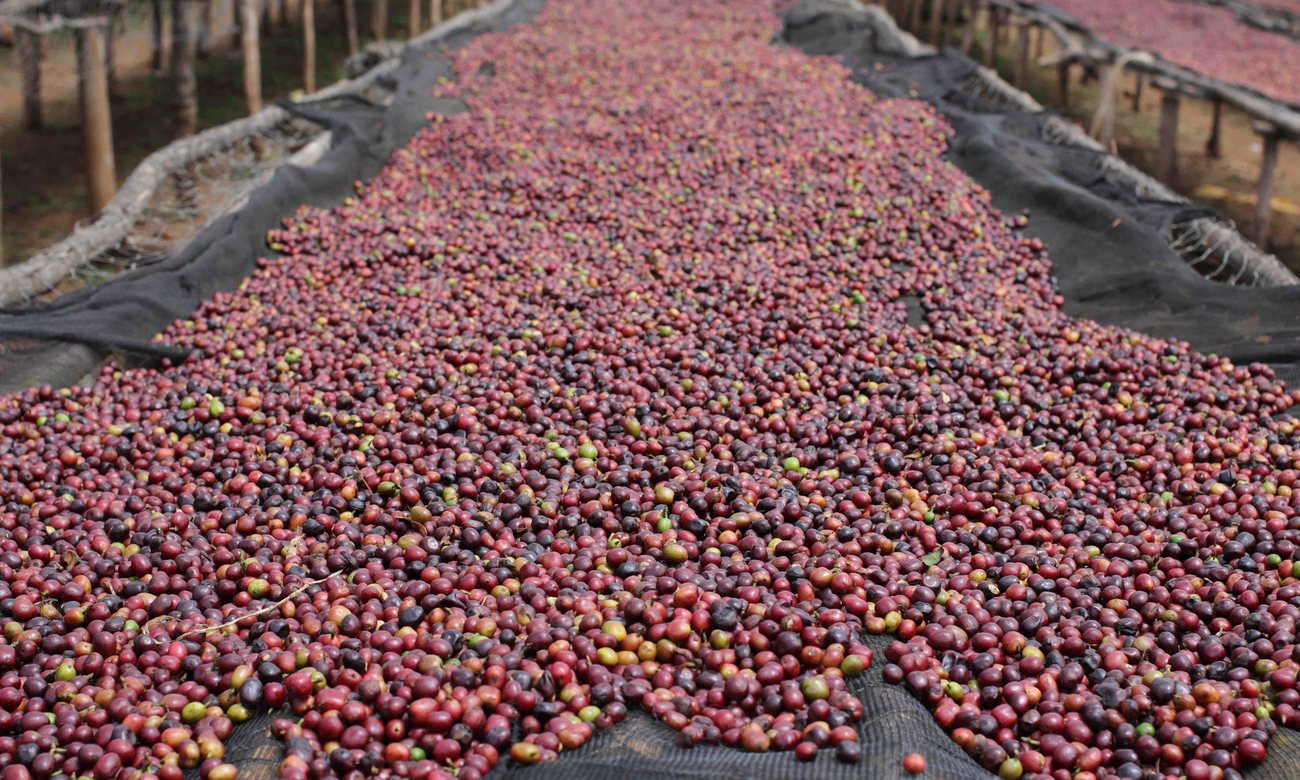 Nairobi (HAN) April 19, 2016. Public Diplomacy & Regional Security News. Coffee farmers jostle outside the Wodessa co-operative’s warehouse on the outskirts of Jimma in western Ethiopia, watching as their world-renowned Arabica beans are packed into jute sacks conspicuously marked with barcodes. The codes are designed to tell global buyers exactly where these beans are from.

“Coffee buyers are interested in who is growing their coffee. Our aim is to promote our producers,” explains Fekadu Dugassa, manager of the Limu InnareaCoffee Co-operative Union, which is based in the high-altitude plains of outer Jimma.

Despite the severe drought ravaging parts of the country, rains have fallen in the verdant coffee production centres of Ethiopia’s south-western highlands. Farmers expect the hi-tech tagging system to deliver a premium price for their traceable coffee in a global market that favours origin verification.

“Our coffee in Ethiopia is diverse, and traceability is not just finding where it’s from but who is involved, meaning the growers. These facts will improve our ability to move coffee and create premium value for buyers and consumers,” says Ermias Eshetu, chief executive of the Ethiopia commodity exchange (ECX). 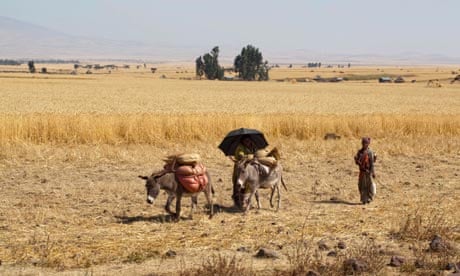 With sights set on dominating the high-end coffee market and improving the livelihood of millions of producers, the ECX, USAid and the sustainable coffee programme – a global initiative including buyers such as Nestlé – invested $4.2m (£2.9m) in the new traceability system.

Since the system’s November launch, producers have already traded nearly 1,000 tonnes of traceable coffee, worth more than $2.5m, through the ECX. The project came about through an ECX partnership with USAid through its agribusiness market development programme (pdf) and feed the future initiative, a global network of development projects investing in local food systems, agriculture and nutrition.

The new system is expected to increase prices of Ethiopia’s speciality coffees as traceable coffee is more expensive. Farmers and their unions will be able to push for higher prices on the ECX because of this premium – good news for 5 million smallholders, who are among the poorest coffee farmers in the world despite producing sought-after varieties including Sidama, Kaffa and Yirgacheffe.

Ethiopia’s coffee sector provides an income for more than 15 million people (pdf), and generates around 31% of the country’s foreign exchange earnings (pdf).

This year, exports are expected to increase by 45% to more than 260,000 tonnes, according to Shimelis Arega, spokesman for the ministry of trade. Of this, about 60,000 tonnes – 1m bags or 25% of total exports – should be traceable.

Designed by IBM, the tagging system links every bag of coffee traded through the ECX to a registered processing station in the southern, central and western coffee-growing regions.

Starbucks has been buying coffee from Ethiopia for almost 40 years. “Transparency is critical for Starbucks because it provides insight into the farmers who make up the supply chains, the volume of coffee being sold to Starbucks and key information on the coffee’s origin,” says Arthur Karuletwa, director of traceability for Starbucks.

In 2008, the Japanese government halted Ethiopian coffee imports after four types of pesticides, illegal under Japanese law, were detected on fresh coffee beans. With no way of tracing the contaminated beans, Japan, one of Ethiopia’s biggest importers, banned all Ethiopian beans for two years.

The tagging scheme is also supposed to support farmers to develop more expertise and increase the value of their product before it comes to market. Co-operatives will begin washing their beans at industry-standard preparation stations and they will be given quality grading equipment and training on harvesting methods.

Ageing trees, and poor cultivation and harvesting methods have long been responsible for low yields and quality. Farmers typically produce 700kg of exportable coffee per hectare, compared with 1,300kg in other countries. Farmers in the Limu Innarea union harvest coffee from old plantations, and lack skills to dry their coffee and access to modern washing stations.

“One of the biggest determinants of coffee quality is the timing of the harvest and cherry [reddish fruit containing the beans] maturity. Many of our farmers used to bring harvests with cherries that were not quite ready, which drastically reduces the overall quality of our coffee lots,” says Dugassa. Now, farmers have learned how to best treat the coffee after harvest, he adds.

In addition to increasing farmer incomes, higher export revenues from coffee should help the government finance its expanding emergency response to the worst drought in 50 years.

Mike Mamo, a coffee exporter based in Addis Ababa, says he is relieved Ethiopia has finally addressed the needs of buyers. “It has always been a scary prospect that big companies will only buy traceable coffee with certification like Rainforest [Alliance certified coffee] or Cafe [Coffee and Farmer Equity] Practices. Without a reliable traceability system in place, one day they would discontinue buying Ethiopian coffee. That would be a huge loss.”

For Karuletwa, the scheme could “create long-term stability and a global standard for coffee traceability”.