Home Ethiopia Ethiopian Airlines is losing $8 million in sales per month over Ebola... 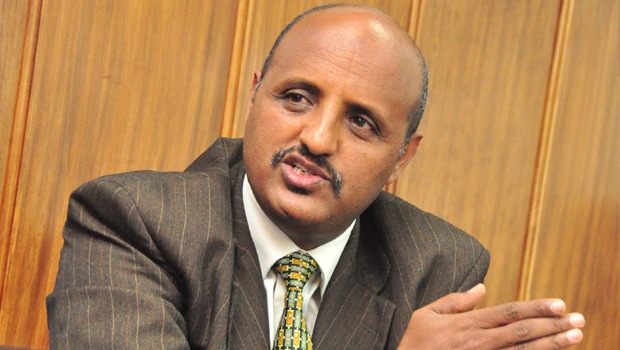 Brussels. November 24,2014. Gesska MARKETS —Ethiopian Airlines is losing around $8 million a month in sales as travelers cut back on African trips as concern about the Ebola outbreak in West Africa affects far-afield airlines, the carrier’s chief executive said.

“The Ebola scare has caused weakness in demand,” Tewolde Gebremariam said in an interview Thursday. Ethiopian Airlines has been hit even though the airline’s main hub in Addis Ababa is several hours flight time from the Ebola-affected region in West Africa.

Flights across much of the continent have been affected by the regional outbreak, Mr. Gebremariam said. “This is a major concern for African airlines,” he said.

The World Health Organization said more than 5,000 people have died from Ebola. Guinea, Liberia, and Sierra Leone are the countries most affected.

The carrier has tried to cut back on capacity to help mitigate the effect, he said on the sidelines of the CAPA World Aviation Summit.

Ethiopian should still deliver a full-year profit for the financial year ended in June, though the extent of the final impact from Ebola on the bottom line is too early to assess, he said. Concern over regional instability in countries such as Mali and Nigeria also has hit demand, Mr. Gebremariam said.

Despite the difficult market conditions, Mr. Gebremariam said long-term growth plans aren’t being curbed. The airline still expects to take delivery of eight aircraft in the first half of 2015, including three Boeing Co. 787-8 Dreamliners and three 737 single-aisle jets, as well as two of the manufacturer’s 777-300ER long-range jets. “”We believe Ebola will be contained in a few months,” Mr. Gebremariam said.

Ethiopian Airlines expects to have a fleet of 150 or more jetliners by around 2025, double today’s number, Mr. Gebremariam said. As part of the growth plan the airline is considering buying Boeing 777X jets, the newest model of the large twin-engine widebody, with a commitment possible next year, he said.

The airline also is considering buying the 787-9, a larger version of the Dreamliner that Boeing started delivering this year. The carrier will likely also exercise an option for two more Airbus Group NV A350-900s on top of the 12 already ordered, Mr. Gebremariam said.