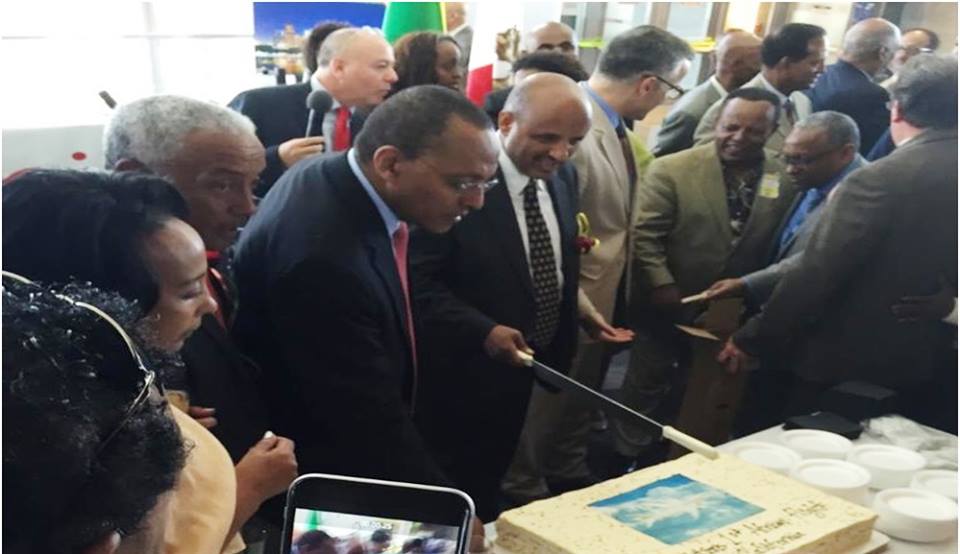 On the inauguration ceremony held at the Los Angeles International Airport (LAX), Ambassador Girma Birru, Special Envoy and Ambassador Extra-Ordinary and Plenipotentiary to the US, Mexico and Jamaica expressed his felicitation for the start of the flight which he said will widen and strengthen the already mature and cordial relations between Ethiopia and the US.
The Special Envoy reminisced that Ethiopian air lines is the largest and most profitable air-lines in Africa which has celebrated many firsts It is the aviation’s technology leader in the continent providing the first jet service in Africa more than half a century ago, in 1962. It is also the first African air-line and the second in the world / next to Japan / to acquire and operate the Boeing 787- Dream-liner the most technologically advanced passenger air craft, he added.

He recalled that Ethiopian has recently purchased 6 additional B-787 aircrafts maintaining its leadership with the largest Dream-liner fleet in Africa. And to-day it has become the first African Air-line to fly to Los Angeles launching the only direct service connecting Africa with Ireland and the West Coast of the United States. The newly created propitious condition Ambassador Girma underlined, will serve as an additional tool that will encourage American investors and Diaspora Ethiopians to go to Ethiopia and take part in Ethiopia’s various investment opportunities, adding that the flight helps to boost Ethiopia’s trade ties with Africa and North America.
The launch of the two flights, CEO of Ethiopian Airlines Tewolde Gebremariam said on the occasion, the flights would improve the investment, trade and tourism relations of Ethiopia, Ireland and USA. He stated that as Ethiopia is the seat of the African Union, the airline is striving to connect the continent with different parts of the world.