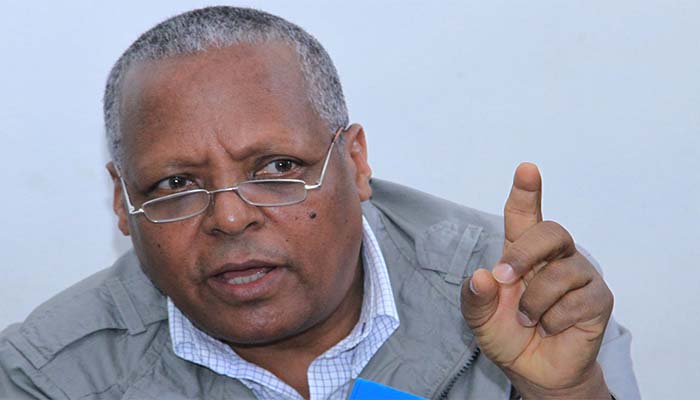 Addis Ababa (HAN) October 16.2017. Public Diplomacy & Regional Security News. Appearing in court for the first time after the court’s summer recess, Dr. Merera Gudina has pleaded his innocence against all criminal charges brought by the federal prosecutors.The defense team told the court that Dr. Merera’s plea of innocence was late by eleven months since the charges were brought against him.

It is to be remembered that on July 07, Dr. Merera’s defense team had requested the court to get the full list of prosecutors’ witnesses. The court then refereed the request to the council of the house of federation for constitutional interpretations.

Today’s hearing happened after the decision by the council of the House of Federation, which ruled that witness protection is not in violation of the constitution and that the court can proceed the hearing while protecting the identities of prosecutor’s witnesses.

Accordingly, the court will begin the hearing of prosecutor’s witnesses on Nov. 03 without having to avail the full list of witnesses to Dr. Merera Gudina’s defense team. The court also decided to continue hearing of co-defendant’s case in absentia.