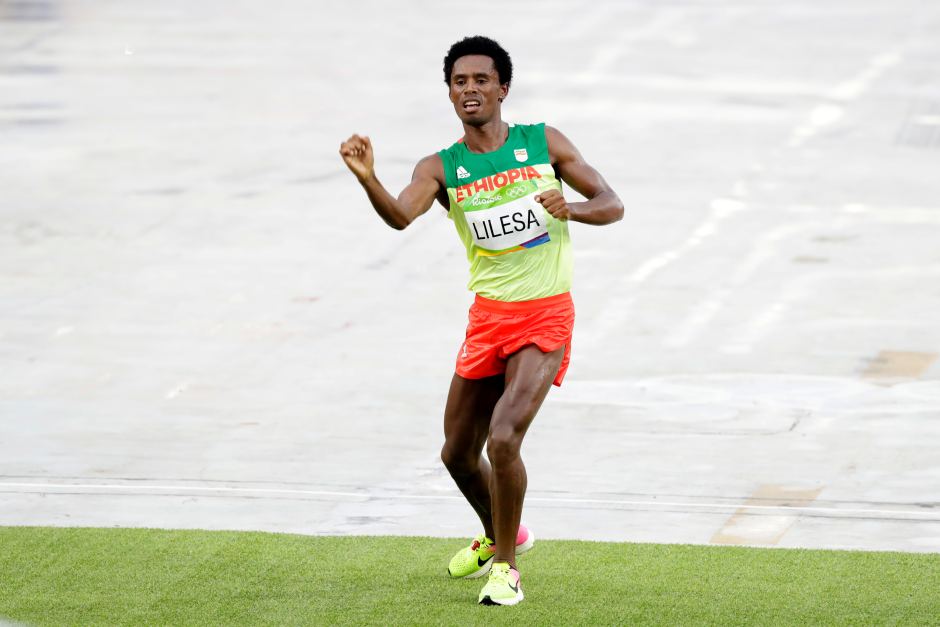 Ethiopian Olympic marathon runner Feyisa Lilesa still hopes to compete for his country – despite being exiled since last summer’s Games.

Lilesa has been living in the US on a temporary visa after making an anti-government gesture when he finished in second place in Rio.

He believes his life would be in danger if he returned to his homeland.

“I’ve always wanted to run for my country and for my people,” the 26-year-old told BBC World Service.

“I would like to see myself in a country where the current government is removed and the people get freedom, so I can run for my country – not for a different country.”

Listen to Feyisa Lilesa’s interview with BBC World Service
What started Ethiopia’s wave of protests?
Back in August, Lilesa became the first Ethiopian to finish in the top two of a men’s Olympics marathon since 2000, claiming silver behind Kenya’s Eliud Kipchoge.

As he crossed the line, Lilesa lifted his arms in an X-shape above his head in solidarity with the Oromo people, the country’s largest ethnic group, who have suffered a crackdown at the hands of the Ethiopian government.

The country’s officials said the runner would be welcomed home from Rio as a hero, but Lilesa said he might be killed if he returned.

A funding campaign was launched to help pay his legal fees and support his wife and children back home, whom he has not seen since before the Olympics.

“I have no regrets about doing what I did in Rio,” said Lilesa. “I would rather regret not doing anything. I know my family is living far away from me, and that might be a problem, but my family could have been one of those families who was shot dead in the street.

“I miss my wife and children but this is no more of a problem than the Oromo people face. Compared to other people, this is not a problem for me. She knows I might get killed if I went back so it’s OK living far away from her.”

A special visa was issued to Lilesa so he can live and train in the US, but he insists he has no plans to stay there permanently.

He added: “Since my wish is to one day go back to my own country, I will remain in this country as long as my visa allows. I have no intention to ask for asylum.”