Home Ethiopia Ethiopia: ZTE Corp is at risked losing part of its deal worth... 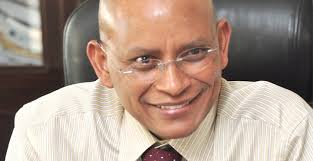 The deal last year with monopoly state-run operator Ethio Telecom was part of a $1.6bn package, split between ZTE and another Chinese firm Huawei Technologies Co Ltd [Ticker-HWT.UL].The African nation of more than 90 million people wants to double mobile subscribers to 50m in 2015 and expand its 3G service.The overall contract includes a plan for Huawei to roll out a high-speed 4G network in Addis Ababa.”We have contractual issues unresolved,” Communications and Technology Minister Debretsion Gebremichael said.”Swapping existing technology with no additional costs is one.”He said Ethiopia’s government expected the firms to upgrade existing equipment without extra charge, but added ZTE had said this would cost an additional $150m to $200m.

“Discussions with Nokia and Ericsson is plan B in case it does not work out,” the minister said in Paris, where he was attending a business forum.A source close to Nokia said last week that Ericsson and Nokia could be in the running to replace ZTE. ZTE officials had no comment when asked about a report on the dispute last week.Ericsson and Nokia officials had no comment when asked earlier this week.

The $1.6bn contract was awarded under a long-term loan package to be paid over a 13-year period with an interest rate of less than 1%, Ethiopian officials said.Analysts said other firms might find it tough to match such terms.Ethio Telecom Chief Executive Andualem Admassie, who was also in Paris, said a decision was expected in a “matter of weeks” but said ZTE’s contract would not be scrapped altogether.

“There is nothing about ZTE being pushed out. They are going to continue, but they may lose some of their market share which was allotted before,” Andualem said without giving details.”We approached two companies – Nokia and Ericsson. Possibly it is going to be Ericsson,” he said, without offering details.Ethiopia has said it will not follow other African nations that in handing telecoms licences to private firms, saying the income generated helped finance railway and other projects.