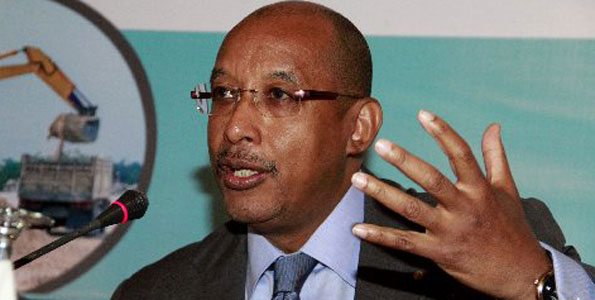 ADDIS ABABA (HAN) January 30, 2016 – Public Diplomacy and Regional Stability Initiatives News. Rising youth unemployment and migration of the continent’s young people were cited as major challenges as the African Union spelt out its development agenda under the New Partnership for Africa’s Development on Friday.

At a press briefing, Zimbabwe’s President Robert Mugabe, who is also the AU chairman, announced that he was establishing a university in Harare that will specialise in training African youth in extraction of minerals.

Known as the Pan-African Mining University, the specialised institute will welcome researchers from all over the continent at its campus.

President Mugabe expressed gratitude to the government of Ethiopia “for the excellent facilities provided to the delegates attending the 26th meeting of the heads of state of the African Union.”

He also welcomed the newest member of the AU family, President John Pombe Magufuli of Tanzania, as well as Mr Akinwumi Ayodeji Adesinya, the new president of the African Development Bank.

President Mugabe said: “Migration of African youth is an issue that needs to be addressed urgently as it not only diminishes our image as a continent but also exposes our youth to grave dangers as they embark on dangerous journeys besides ridding our continent of vital manpower.”

While urging AU member states to create small-scale industries that would benefit the youth to arrest the migration trend, he described the situation whereby African minerals are exported raw to be processed abroad as “very unfortunate.”

The meeting was also attended by Senegal’s President Macky Sall, the chairman of Nepad; Dr Nkosazana Dlamini-Zuma, the Chair of the African Union Commission; and Ibrahim Assane Mayaki, the chief executive officer of Nepad.

Dr Mayaki said over the past year Nepad has mobilised resources under the Comprehensive Africa Agriculture Development Programme (CAADP), which seeks to enhance transformation of agricultural technology and wealth creation. He spoke of the “continental challenge of youth unemployment and the need to create jobs under the Nepad skills initiative.”

The CEO reported that Nepad held its first training for the youth in Dakar, Senegal, last year on “extractive technologies for the mining sector.” He said that close to half of the continent’s population of 1.1 billion is below the age of 24, the majority of them unemployed.

The other goal of Nepad is to improve communications across the continent. This will involve the creation of an Internet portal to boost the activities of member states’ regional economic communities.

Dr Mayaki noted that infrastructure projects across the continent are key to the growth of economies and creation of jobs.
The projects that fall under Nepad are trans-boundary. Said Dr Mayaki: “There is the North-South Corridor that has 101 projects, the Central Corridor and the Dakar-Abidjan Corridor.”

Other projects include the Trans-Sahara Railway from Dakar to Algiers and a fibre-optic cable running from Nigeria to Algeria, for which the latter has already built its portion of 500 kilometres.

On migration, Dr Mayaki said: “Europeans migrated to America and created the United States of America; the same applies to Australia.

“Africa’s migration to Europe needs to be organised.”

Saying the median age in Europe is 49 while Africa’s is 19 and that Europe’s population is ageing, he added: “Europe will sooner or later need African migrants.”

“We need to increase women’s access to mechanised farming.”