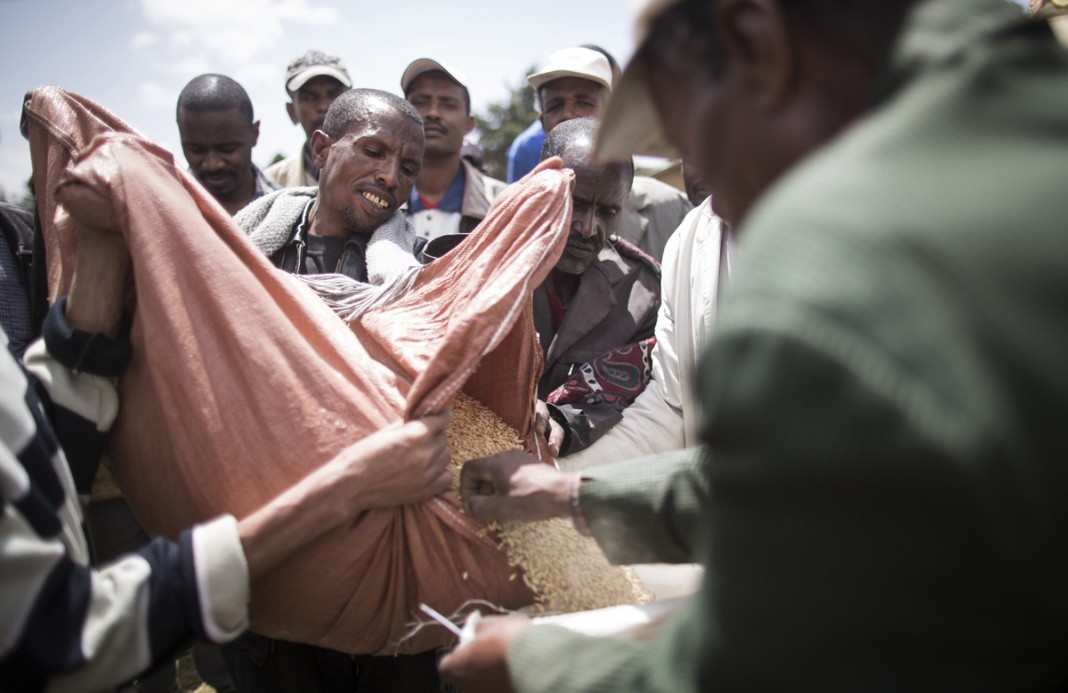 ADDIS ABABA (HAN) February 6, 2016 – Public Diplomacy and Regional Stability Initiatives News. The East African nation led the pack of fastest-growing economies — not just in Africa, but in the world — in 2015. While many African nations are struggling to cope with plunging currencies and falling revenue from commodities, Ethiopia’s economy grew 8.7 percent last year and is set to expand 8.1 percent in 2016, according to International Monetary Fund estimates. Globally, only Papua New Guinea grew faster last year, at 12.3 percent.

Much of Ethiopia’s success is due to the dominance of the state in the economy. The nation exports very little compared to its African peers and capital controls mean the currency, the birr, has retained its value despite the global downturn.

“The fact that much of the spending is on capital projects, especially infrastructure, means that government spending has been the key driver of the boom,” said Getachew Teklemariam, an independent economist based in the capital, Addis Ababa. “It is unimaginable to think of Ethiopia as one of the fast-growing countries in the world without government spending.”

It’s that spending by state-owned companies such as the Commercial Bank of Ethiopia, Ethio Telecom and Ethiopia Electric Power that’s led to a 70 percent boost in capital investment in the past three fiscal years to 155.2 billion birr ($7.3 billion). The government is building everything from industrial parks to sugar factories and power lines. 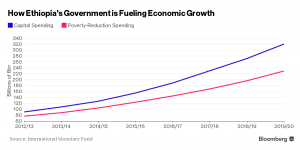 Ethiopia’s development model is being led by a government that’s been in power since toppling a military regime in 1991. Critics point to a restrictive and authoritarian regime, which has stifled political opposition. The ruling coalition won all 547 federal parliament seats in elections last year.

While the state’s dominance and a relatively closed economy make it difficult for private investors to come in, Ethiopia does have its fans. Most notably, the Chinese. 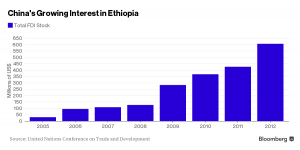 Contractors from China have almost finished building an electrified railway to neighboring Djibouti, Ethiopia’s main port, while some investors from the Asian nation have opened textile and leather factories in the country.

“Ethiopia’s government and its military have managed to keep peace and stability in this country,” Yifan said in a Jan. 22 interview. “That is the basis of any meaningful economic activity. Without that I don’t think the investors will come over here.”