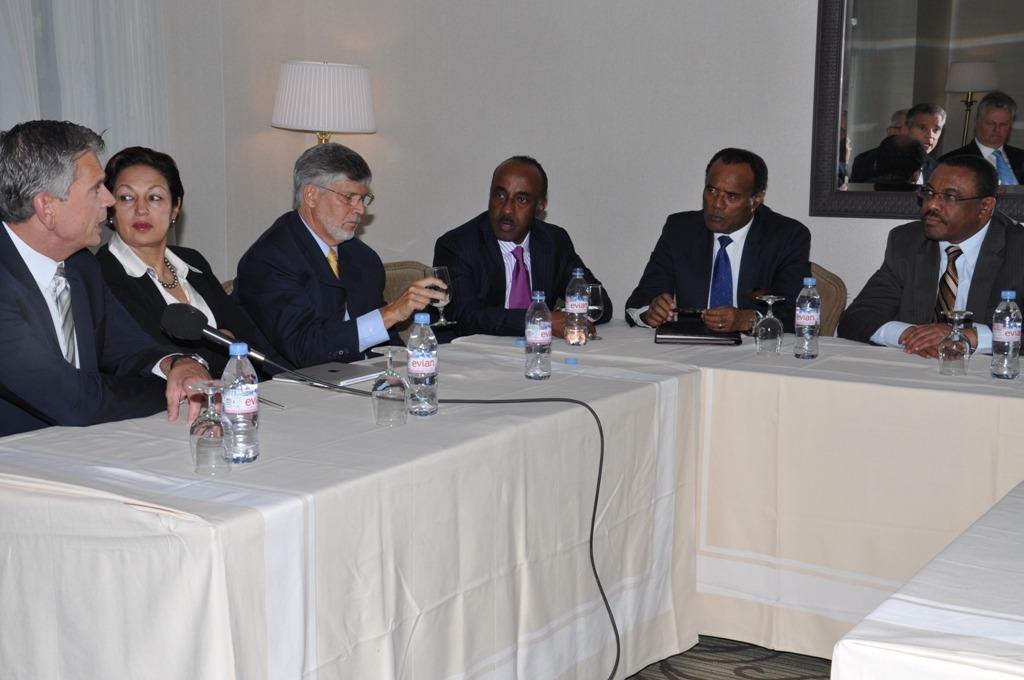 Djibouti (HAN) June 1, 2014: Ethiopia has a huge wealth of renewable energy including a potential 45,000 MW from Hydro Power, 10,000 MW from geothermal energy in Oromia, Afar and Somali regional states.

The Ethiopian heavy investment in renewable energy including wind, solar and hydropower is part of its climate resilient green economy strateg

Ethiopian Electric Power Corporation CEO, Miret Debebe, said the geothermal project would also boost “trade with neighbouring countries.”
The World Bank’s board of directors, based in Washington DC, US, has approved two hundred million dollars of credit for the Ethiopian government to develop its potential geothermal sites at Aluto and Alalobad, in the rift valley of Afar Regional State, on Thursday, May 29, 2014.

The loan will be financed by the International Development Association (IDA) and Scaling-up Renewable Energy Program (SREP) of the World Bank trust fund.

The finance, which will be employed to support the Geothermal Sector Development Project of the country, is envisioned to help fulfill the increasing demand for electricity by tapping into the substantial geothermal energy potentials, according to the press release of the Bank.

U.S.-Africa Energy: The U.S. Secretary of Energy, Dr Ernest Moniz, will lead a high-level U.S. official delegation to the forthcoming U.S.-Africa Energy Ministerial meeting from June 3 to June 4 in Ethiopia.
The Africa Regional Media Hub of the U.S. Department of States said in a press statement in Lagos that the delegation would meet with northern and sub-Saharan African energy ministers.
The listed U.S. officials on the delegation to include Dr Rajiv Shah, Administrator of the U.S. Agency for International Development, and Mr Fred Hochberg, Chairman of the Export-Import Bank.

`The Ministerial will also bring together representatives from government, private sector, and academic communities to discuss best practices and technologies for sustainable energy development in Africa.

Photo: In 2013, Ethiopia has entered into a deal worth $4 Billion with American-Icelandic Company, Reykjavik Geothermal, for the development of a 1000-megawatt geothermal farm.