Home Ethiopia Ethiopia With Approval, EU will train another 1,200 Somali soldiers in 2015 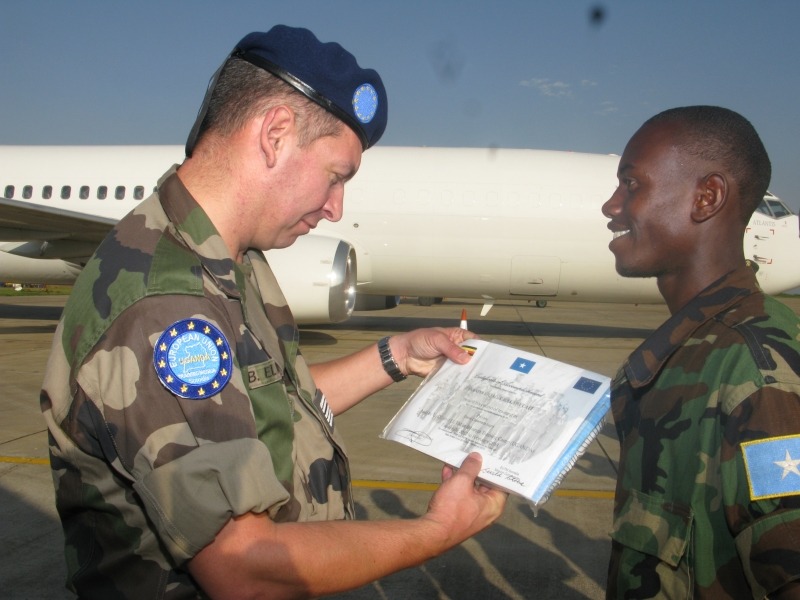 Addis Ababa (HAN) November 29, 2014 – Defense diplomacy and Regional Security and safety news.  The European Union Training Mission in Somalia (EUTM Somalia) has said it aims to train another 1,200 soldiers for the Somali National Army in 2015. This would approximately match the number of soldiers it has trained this year, with consultations of Ethiopia and IGAD partners in the region.

The 128-strong EUTM Somalia team in Mogadishu has already completed 11 training courses involving 1,150 trainees, and in the coming weeks another 250 Somali soldiers are expected to complete their training.

An EU military official said on Wednesday that the mission had set itself a target of training a further 1,200 soldiers in 2015.

The European Union Training Mission in Somalia,  military official added that getting the instructors from their living quarters to the training site remained an onerous problem due to the heavy protection required to guard against attacks by Al-Shabaab militants in Southern Somalia