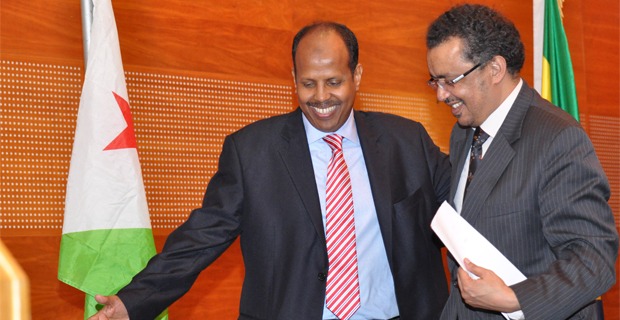 Djibouti (HAN) April 17, 2014 – A high level delegation from both the neighbouring State of the Republic of Ethiopia and Djibouti arrived in Djibouti to attend a

technical framework for the construction of High level Strategic Infrastructure projects through the two countries. The delegation is composed of the State Ministers and permanent secretaries from the two countries.

The Ethiopian ministerial delegation returned to Addis Ababa after a working visit to Djibouti capital, Djibouti. During the visit, delegation members are included the

The multibillion project aims to replace an obsolete railway system built with French assistance in the 19th century.

The Ethiopian Ministers further said that the projects would take almost three to five years for it to be implemented due to technicality and difficulties.

A joint Ethiopia-Djibouti commission meets periodically to update and discuss cooperation between the two IGAD member states, according to IGAD2020 Regional security Watch.