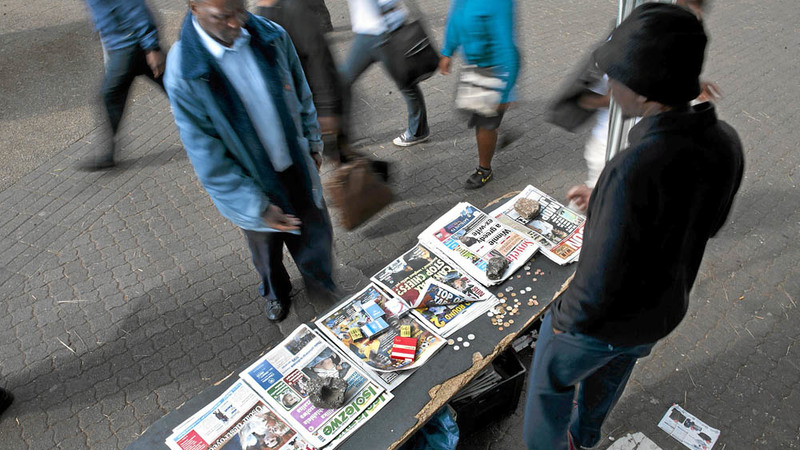 |BY: Kate Wright NGOs have responded swiftly to widespread cost-cutting in Western media organizations by recruiting former journalists as communications officers, who regularly commission and produce video, audio, and photographs for placement in mainstream news. The effect of this shift on the coverage of sub-Saharan countries is a particular cause for concern because such news has long been believed to be dreadful, overly sporadic, negative, and riddled with stereotypical imagery and over-generalizations about “Africa.”

Some scholars and practitioners are not thrilled by the prospect of NGOs becoming news producers, arguing that this allows them far too much editorial control over sub-Saharan coverage. They point to the problems already caused by journalists being “embedded” with aid agencies on field trips, including the simplification and decontextualization of complex events, such as the 1984 famine in Ethiopia. But other scholars and journalists stressed that times have changed, awareness of the risks of imperialistic rescue narratives is greater, and aid agencies now have the resources and extensive cross-border networks to empower local people to “tell their own stories”.

Debate on the issue has been heated, but until now it wasn’t based on much evidence. Aid-workers, journalists and researchers were at least talking with one another: but they tended to do so on the basis of their hopes, personal experiences, or isolated case studies.  That’s not a lot of use if you are trying to create detailed ethical and editorial policies for a news or non-governmental organization. What is even more problematic is that the whole debate has been framed in terms of some widespread assumptions which, frankly, do not stand up to scrutiny.

First, what do we actually know about the nature of Northern news organizations’ coverage of sub-Saharan countries? Media scholar, Martin Scott, recently knocked long-standing beliefs out of the park by analyzing the corpus of academic studies and “grey literature” about media representations of Africa. He found that researchers have been guilty of the same overly selective and negative attitude that they accuse journalists of: creating an overgeneralized “myth” about “media representations of Africa” on the basis of a remarkably narrow range of media, genres and topics, such as the Rwandan genocide and the Darfur crisis.

Secondly, most of the research into the effects of “NGO journalism” has focused on rapid-onset disasters, like famines or earthquakes. But we can’t really generalize about the effects of NGOs on journalism based on these kinds of news-making periods alone because international aid agencies, rather than other kinds of NGOs, are always going to come to the fore during rapid-onset ‘emergencies.’ Usually, these organizations are beneficiaries of agreements between news organizations and umbrella bodies of aid agencies, like the Disasters Emergency Committee in the UK, and other members of the Emergency Appeals Alliance around the world.

Much as we might wish otherwise, decontextualized and stereotypical imagery are likely to predominate in the media content provided by aid-workers to journalists in these kinds of circumstances. The reason for this is quite simple: starving babies still bring in the cash. Focusing on complex political struggles and armed conflicts, sadly, tends to deter donors, as well as creating problems for broadcasters committed to journalistic impartiality. Of course, this is highly problematic, but we can’t extrapolate much about NGOs’ involvement in the coverage of Africa beyond that.

For my new book, I decided to try and find out what happens outside of these kinds of emergency appeals.  Might NGOs other aid agencies have a better chance of placing their material in international news about Africa then? How might journalists use NGO material in these quieter news periods?  Were there significant differences between news outlets? After all, the Western news media is not monolithic. Fox News is not Al Jazeera. The Washington Post is not The Daily Mail.  Heart FM is not the BBC World Service, and so forth.

What I discovered was both less, and more, troubling than I expected. The good news is this:  journalists who use NGO material in African news are not the mindless drones that some would have you believe, uncritically and speedily reversioning any content that comes their way for the sake of saving time and money. They think about it, agonize, and argue over it internally. There are some surprisingly heated spats between journalists and NGOs over editorial control, and when journalists do use NGO material they are quite picky: only choosing material which they believe helps them meet their statutory, professional or moral obligations as journalists.

Although major aid agencies continued to dominate other NGOs when it comes to getting their work accepted by news organizations, their communications officers were far from being mercenary, money-grabbing spin-doctors. Even the work of the most highly commercialized agencies was characterized by protracted, and often profound, debates over the principles of dignity and the politics of voice. So outside of emergency appeals, NGOs didn’t usually place material in news outlets which perpetuated demeaning, decontextualized and stereotypical images of “Africa”.

In fact, few news items containing NGO content mentioned “Africa” at all, and some of the most negative news stories had important, progressive effects. Western journalists also used NGO content to tell more ‘positive’ stories about sub-Saharan countries, including material offered by African NGOs. Yet because they were so aware of critiques of Western news about “Africa”, Western journalists had a worrying tendency to oversteer: failing to properly research seemingly light, “positive” news stories from sub-Saharan NGOs which were fake.

Meanwhile, international aid-workers were so persuaded by their own rhetoric of empowerment and ‘giving voice’ that they failed to see the ways in which they (and the local fieldworkers they collaborated with), severely limited what vulnerable people could say, and sometimes even endangered them.  Whilst journalists remained convinced that they were maintaining their critical independence by making relatively minor editorial changes, such as altering straplines, or refusing to take material straight from NGOs with an obvious advocacy agenda. But this didn’t stop them from readily accepting it from the small pool of well-known, well-respected Western freelancers who regularly worked for both NGOs and news organizations.

Oddly enough, this short-sighted insularity tended to be exacerbated by the deliberative processes which journalists and NGO-workers used to legitimize their exchanges with each other. Over time, both sides start to alter what they thought of as ‘good work’ in their respective fields, in ways they didn’t fully recognize or reflect upon. This created a kind of dovetailing effect, in which international news organizations tended to favor the same kinds of NGOs over and over again, growing gradually closer in their world views and daily practices.