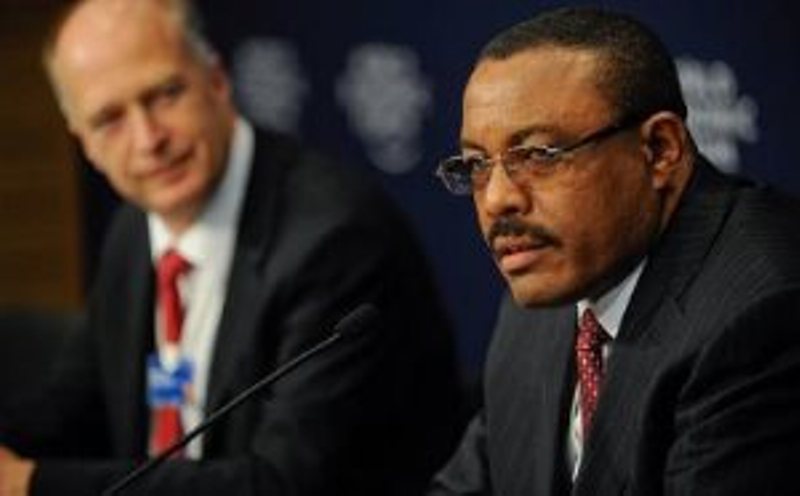 Khartoum (HAN) July 8, 2013 – Nile news update. In the joint Strategic statement issued last week, Egypt and Ethiopia agreed to form a joint committee in the upcoming three months to enhance bilateral relations between the two countries and continue discussions on the Grand Ethiopian Renaissance Dam (GERD). The statement was read by Egypt Foreign Minister Sameh Shoukri and the The Ethiopian Prime Minister Hailemariam Desalegn said Monday that Egypt has shown a major shift of stance toward its controversial multibillion-dollar hydroelectric dam being built on the upper reaches of the Nile.

“Ethiopia welcomes the recent shift in stance demonstrated by the new egyptian leadership,” Desalegn told the parliament, hinting at a new chapter of mending fences between the two Nile-basin nations.

Desalegn’s remarks came to show thaw in ties between the two countries after they agreed last month to resume tripartite talks – also including Sudan – to discuss the construction of the massive dam.

The understanding came after Desalegn agreed with recently-elected Egyptian President Abdel-Fattah al-Sisi during late June’s African summit in Malabo to resume talks on the mega-dam Addis Ababa is building on the Nile, which Cairo fears will reduce its traditional share of river water.

“The tripartite talks will not be simple and we expect some tough proposals from the Egyptian side,” Desalegn said. “ Ethiopia will keep its calm and follow through the tripartite engagement.”

Desalegn went on to say that he asserted during his meeting with Sisi that the construction of the dam would not be disrupted.

“Instead of suspicions and distrust, it would be better for Ethiopia and Egypt to cooperate on a basis of understanding and mutual trust,” the premier said. “The two countries should cooperate [in other fields] beyond the Nile,” he added.

Set up in 2011, a tripartite technical committee was tasked with studying the impact of the multibillion-dollar Grand Ethiopian Renaissance Dam on the two downstream countries.

The panel’s work, however, was suspended in January amid mounting tension between Cairo and Addis Ababa.

Ethiopia insists that the dam is necessary for its national development, saying that the project will not impact Egypt’s traditional share of Nile water, which has long been set by a colonial-era water-sharing treaty that Addis Ababa has never recognized.

Tension has marred relations between Ethiopia and Egypt in recent years over the former’s construction of the Nile dam, given the fact that the river represents Egypt’s only source of water.

Egypt fears that construction of the Nile dam could potentially reduce its water supply and hurt local agriculture. (The Daily Star)