Home Ethiopia Ethiopia: Warning Civilians in Mekelle “No Mercy if Don’t Save Themselves” 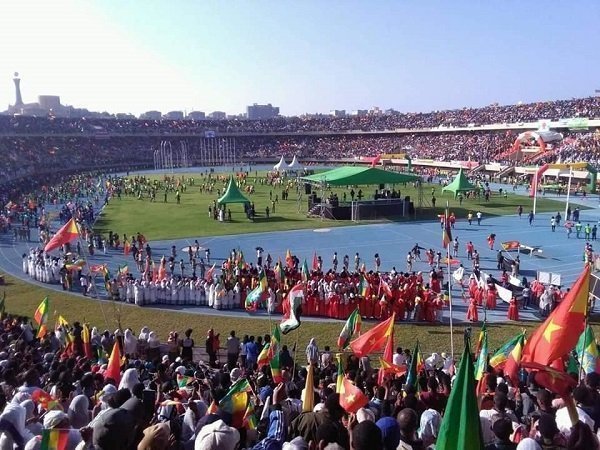 Share on Facebook
Tweet on Twitter
Addis Ababa (HAN) November 23rd,  2020.  The IGAD2020 Regional  Security and defense updates.  The Ethiopian Prime minister Abiy Ahmed Ali ‘s is mobilizing joint troops from around the Tigray region and sending them to Mekelle, after two weeks of clashes between government forces and the Tigray People’s Liberation Front (TPLF), long the most powerful rebel force in northern region of Ethiopia.

A key objective of the PM is  to “disarm any security force of the regional state of Tigray,” the prime minister’s spokeswomen told HAN & Geeska Afrika Online by phone and  accused the rebel forces of TPLF that are hiding in the regional capital Mekelle and “using the Tigray and Ethiopia civilian population as human shields.”

A dozen Ethiopian fighter jets and Drones are  seen flying over Mekelle, the capital city of Tigray regional state,  as a show of force by the Ethiopian National Defence Forces (ENDF) and  Air Force bombed arms depots and destroyed military hardware in the northern Tigray region- the arms hideouts of ENDF bankers against Eritrean forces in 1998 border war led by Ato Meles Zenawi and his TPLF rebels.

The Ethiopian Prime minister Abiy Ahmed Ali said the campaign against TPLF had “clear, limited and achievable objectives.” and  is warning civilians in the besieged Tigray regional capital Mekelle that there will be “no mercy” if they don’t “save themselves.”