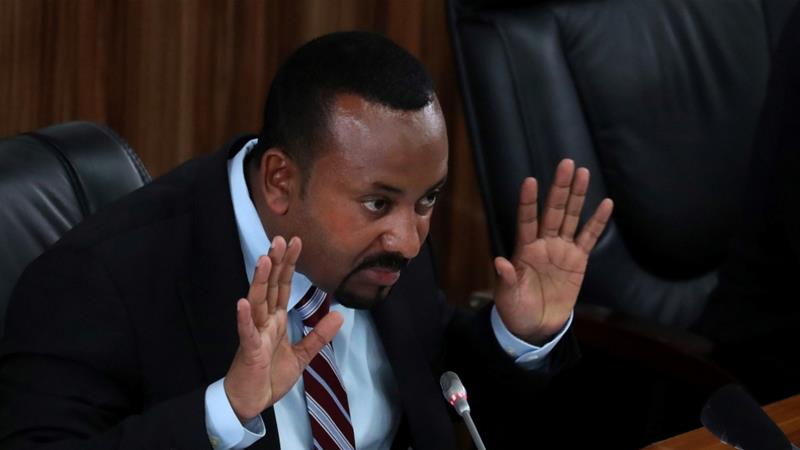 Ethiopian Prime Minister Abiy Ahmed said Monday that fighters involved in recent attacks on civilians in the west of the country were receiving training and shelter in neighbouring Sudan and that Khartoum’s assistance was needed to stabilize the area.

Abiy’s government had previously said little about what was driving the violence in the Benishangul-Gumuz region, which opposition politicians have described as ethnically motivated.

At least 12 people were killed in an attack in the region’s Metekel zone last week, while at least 15 died in a similar attack in late September.

“In Blue Nile state, hundreds of people are receiving training and are being armed with modern weapons,” Abiy told lawmakers Monday, referring to the restive state in Sudan.

“While successive measures have calmed the situation, (the assailants) cross to Blue Nile state, and when it’s peaceful and people are complacent they come back.”

Restoring peace “not only requires much effort from us, but also from the government on the other side of the border”, Abiy said.

Opposition politicians — notably from the Amhara ethnic group, Ethiopia’s second-largest — have for weeks been sounding the alarm about what they say is a targeted campaign by ethnic Gumuz militias against ethnic Amhara and Agew living in Metekel.

They say more than 150 civilians have been killed in the attacks, figures that could not be independently verified.

Abiy did not provide a detailed explanation for the violence, who exactly the fighters were, or give a death toll.

He did say hundreds had been arrested in clean-up operations involving the military.

He also said, without providing details or evidence, that at least some of the fighters want “to cut the road leading to” the Grand Ethiopian Renaissance Dam, a massive hydropower project on the Blue Nile River that has been a long-running source of tension with downstream neighbours Sudan and Egypt.

Abiy warned of future violence in the area.

“There has been a comprehensive operation to clean the area, but this isn’t enough,” he said. “If the source isn’t dried up, it’s inevitable sooner or later there will be attacks on citizens.”