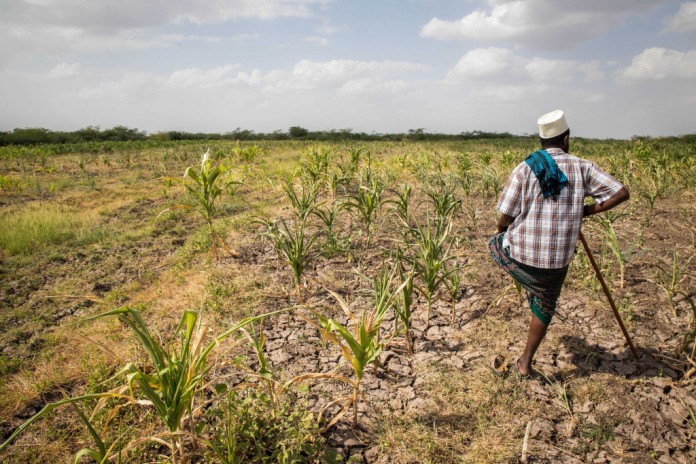 This additional contribution includes more than 176,000 metric tons of food to be distributed to over 4 million Ethiopians and refugees. It builds on earlier contributions-which has included not only scaling up humanitarian assistance, but also adjusting development programs-to mitigate the drought’s impact and speed recovery. With this new funding, USAID will help Catholic Relief Services and the UN World Food Program to extend food delivery programs for an additional three months to July 2016.

“The United States Government is helping Ethiopians cope with the impacts of El Niño, and our additional assistance will build on an ongoing response effort,” said Gayle Smith, USAID Administrator. “Thanks to critical investments by the Government of Ethiopia, the United States, and the donor community, Ethiopia today is more capable of withstanding this crisis than ever before. But with the worst of the drought still ahead, the people of Ethiopia urgently need our support. By quickly providing additional resources, we can ensure that farmers are able to plant their crops and help Ethiopia bounce back from the crisis.”

This El Niño drought is one of the worst to strike Ethiopia in decades. El Niño has significantly impacted weather patterns, limiting agricultural production, straining livelihoods, and exacerbating food insecurity among poor and vulnerable households. The scale and severity of this crisis exceeds the resilience capacities of the most affected Ethiopians, and is expected to worsen and far outstrip resources.

The Government of Ethiopia estimates that 10.2 million people are currently in need of emergency food assistance. This is in addition to 7.9 million chronically food insecure people who are covered by the Government of Ethiopia-led Productive Safety Net Program, supported by USAID and the donor community. Though the drought in parts of Ethiopia is the worst on record, famine-level mortality like that seen during the mid-1980s is very unlikely given improved safety nets, lack of conflict, and improved information and early warning systems.

While the response from the Government of Ethiopia, the United States and international donors has been robust, Ethiopia will need additional support from the international community in order to weather this crisis and to sustain its significant development gains.